She seems so jealous of lady gaga taking direct swipes at her and saying she invented the "100 people in a room and just 1 person" phrase. I think it's sending her crazy that lady gaga could easily get an Oscar and she's never even been nominated. Lady gaga shows way more class and dignity by not clapping back.

Her skincare products are ridiculously expensive and use lots of mumbo jumbo that doesn't mean anything. $200 for a roller!?


The Madonna themed gyms (hard candy) seem to still be going strong and Berlin has 8! 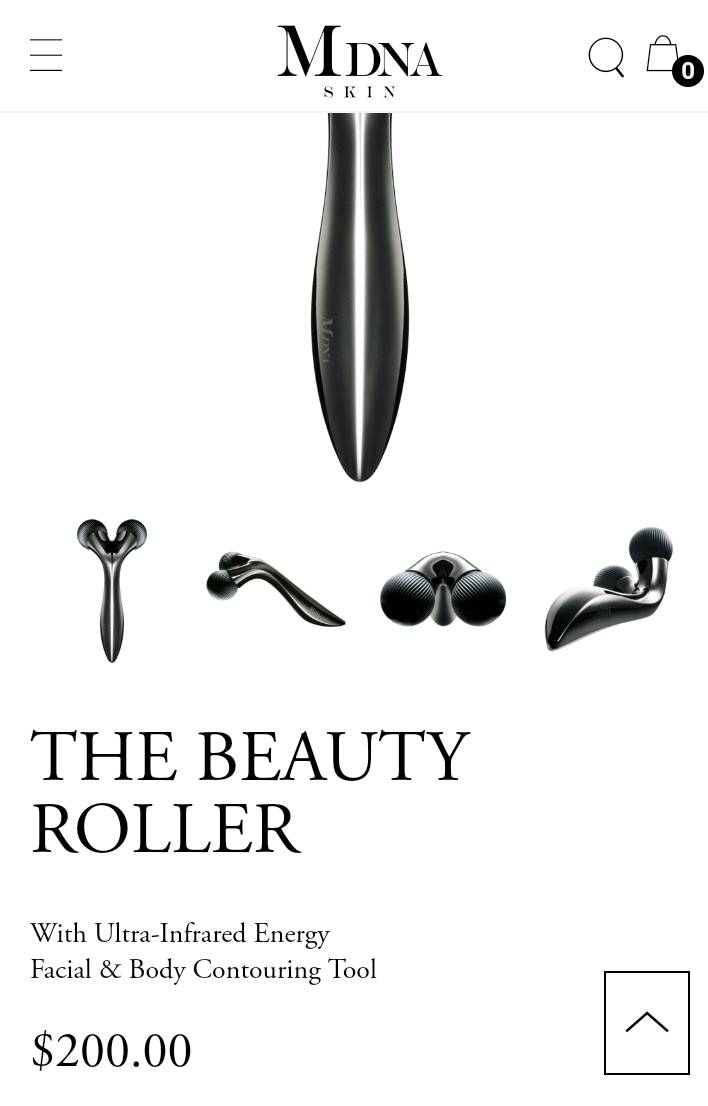 Oh, Madonna is completely bitter, she has been for a while (I say since Ray of Light). She hates the thought she no longer the sexiest hottest singer in popsphere anymore. She is kind-of a has been, well that how it looks to the younger generation.
She also bitters and deeply angry about growing old and I think that the heart of the issue here.
C

Madonna may be many things, but genuinely talented has never been one of them. Lady Gaga is a highly talented individual in comparison. I'm all for women of all ages looking and feeling good about themselves. But it is pitiful how Madonna isn't content to look like an attractive woman in her 50s, and instead is desperately trying to look like a sexy 25 year old. It. Is. Never. Going. To. Happen. Madge. Leave it. Just let it go.

You have had a glorious time of it, for several decades. Please have some grace and dignity and fade away.

I think Madonna is a good dancer/entertainer and is entrepreneurial. shes changed the industry and is iconic.

sad she can't be happy with her achievements and fights this losing battle with ageing.

Madonna is like a con artist with these beauty products, she's been photographed lots looking her age - she looks good but without makeup and good lighting she looks around her age. Things like the drake kiss are just embarrassing. 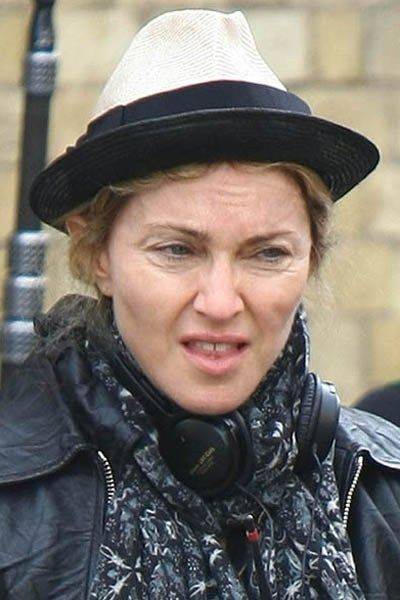 @annanuttall Just playing ray of light for the first time in ages, makes me feel young again! Really liked it at the time.

Can't stand the woman and never have???
K

She's been embarrassing forever, but when she was younger she somehow managed to convince a body of people that she was cool.

Her book `coffee table` book Sex, her hits such as 'Like a virgin' and her awful nudes with the biggest bush you ever saw, it's all just so cringe.

And all that was when she was younger. I feel bad for her kids. Her natural kids don't have much to do with her.

Her adopted kids went from the frying pan into the fire, poor loves have no luck at all. I would never want to be ripped from my country no matter how poor and brought up by nannies and look at her face when she's around. The kids had parents or grandparents wanting them, such as Mercy's father, but was just too poor to raise her. She could've have sponsored them and for very little, helped them be raised at home.

She's like Angelina. Wants to be seen as this angelic person who just swoops in saving kids.

Apparently she's very revengeful. Doesn't matter who it is or how small the slight, she will do her utmost to revenge. She hates lady gaga, who is enormously talented.

From her grillz to her penchant for wearing big crucifixes and relationships with boys young enough to be her sons, if she was a man she would be dubbed creepy predator and rightly so! No wonder her son bailed to his fathers as soon as he could.

Moderator
She's always been cringy, it just gets worse as she becomes a pensioner. Remember when she saw nothing wrong with posting a video calling her son the n word?

When Nicki Manji was a feature on her song she didn't show up to the shoot. She hyped it as this amazing video with Kanye, Katy, Miley and Beyonce. When they all just recorded a second or two lip syncing at home and sent it to be cut into the video. It's bad when Rita ora is the only singer showing up to your music video. Her talking about going out partying and doing shots as if she's 20 and not a control freak.

Moderator
Like her or not, Lady Gaga has come across like such a clas act in her reaction (or lack of reaction) To Madonna’s tantrums.
She’s embarrassed herself and made herself look silly.
H

I feel bad for her. She made it in a very different time to Gaga , when female pop stars were generally completely controlled by male managers. In the film about MIA that came out recently she talks about the Super Bowl performance she did with her (was controversial because MIA gave the finger to the camera if you recall) Anyway she says how depressing she found it in rehearsals seeing all these men telling Madonna to “bend down this way” “stick your bum out this way” and she was just complying. This was Madonna, the singer she had grown up with as a feminist icon and inspiration.

Anyway point is, that shit messes you up. She was taught to measure her worth on her looks from day one, to the most extreme degree, no wonder she is so panicked about getting old now. It doesn’t excuse a lot of things but does explain some. I don’t find her funny. I find her sad.

OT but ooh I really wanted to watch that and see it just came out today on amazon, although it's 4.99 even if you are prime. Is it worth it?
K

Yel said:
She's always been cringy, it just gets worse as she becomes a pensioner. Remember when she saw nothing wrong with posting a video calling her son the n word?

Yes, she has treated Rocco terribly. One Christmas he refused to be with her and stayed with his father, and she posted a picture of him in his swim shorts and wrote # NoSausage She literally ridiculed his manhood.

I've tried to read that post in as many different ways to make it look innocent, and there is no justification. She meant it to embarrass him in the worst way possible.

After that he moved in with his father permanently. His mother kicked up a stink online about it. Wailing and complaining like the banshee she is. Rather than just contact him directly. Horrible woman.
H

Yel said:
OT but ooh I really wanted to watch that and see it just came out today on amazon, although it's 4.99 even if you are prime. Is it worth it?
Click to expand...

Absolutely. My friend dragged me along and I wasn’t sure I was that into it but was so glad I saw it. It’s really good.
She was filming everything before everyone was doing that and there’s something really genuine and interesting about that. Just capturing regular life in the early 2000s pre social media is facisnating - not that there’s not a wider message in the film that’s important to be drawn attention to too. And the way she is treated by the press after becoming famous etc is shocking. But honestly any review will tell you that. But IMO the pre fame moments are the best - especially as someone like me and I am guessing by your being here like you, who watches a lot of vloggers and is exasperated by their shallowness.
Watch it.
I

Madonna is an 80s icon and she was a trail blazer at the time, writing, producing, dancing and singing live. She achieved a lot and was very inspirational to me as a young girl at that time. If you look at other 80s icons such as George Michael, Michael J, Prince...Whitney...she’s still here. I think however she does need to accept she isn’t young and won’t appeal to twenty somethings but she can be successful appealing to an older market if she wanted to. I think of another female icon from my childhood, Debbie Harry - she was the ultimate male fantasy and was also very New York cool. She still is but has aged with far more grace, Madonna should take a leaf out of her book not try and keep up with women half her age. Lady Ga Gaga did totally rip off Madonnas Express Yourself though and no doubt learnt a lot from Madonna’s ascent to global fame and ability to reinvent herself / stay in the press.
H

You could say Debbie Harry has aged with grace in the sense of how she presents herself now but she was always more rock n roll and cool than Madonna the pop star. But she’s also a bit older and of the generation that started to age in the eighties when they were rich and famous enough to have some very dodgy early days plastic surgery. See also, roger moore. (And obvs MJ but that’s a whole other issue) Madonna has had work done sure but Debbie Harry, who was truely gorgeous in her day, looks far worse probably because it was just less advancrd. It’s genuinely sad. Sorry for the off topic.

She conned a lot of stupid and gullible people that she was cool and talented. I listened to her sing in a live concert on the radio once and she was painfully out of tune. She is ruthless attention seeker displaying her minge and tits everywhere for publicity, she even adopted kids for publicity. Horrible talentless slut!!

I've just done an essay on her for uni. She technically isn't actually a good singer. She cowrites and writes her own material but interestingly a few of her most famous hits were actually just written by men. The thing with Madonna though is she was iconic because of her style and she also became big around the time MTV was launched so music video was huge and played a big part in her being considered an icon. If she hadn't of had video and the controversial topics in them I'm not sure she would have been as huge as she was. She's very good at manipulating media into creating her persona for her.

SherlockHuns said:
I've just done an essay on her for uni. She technically isn't actually a good singer. She cowrites and writes her own material but interestingly a few of her most famous hits were actually just written by men. The thing with Madonna though is she was iconic because of her style and she also became big around the time MTV was launched so music video was huge and played a big part in her being considered an icon. If she hadn't of had video and the controversial topics in them I'm not sure she would have been as huge as she was. She's very good at manipulating media into creating her persona for her.
Click to expand...

My sister saw her in concert during the Blonde years and said that she was an awful singer and very very out of shape.

Moderator
I do love her new song but if she even paid 100k for this CG work she was had, let along the 5m that was reported.

Least she's not changing and still getting spanked by a 20 something.

I remember seeing the movie Desperately Seeking Susan and loving it. The star was Rosanna Arquette and Madonna was the co-star. I remember seeing her first appearance on Top of the Pops too. I knew someone who was going out with her record company’s promotions manager and he was bigging her up before the TOTP appearance. She was interesting then.

Moderator
Aww that TOTP appearance is cute, I'm guessing this was the first: