Absolutely terrible for the diet, super cheap crap food but I swear o could eat it now

What cheap food do you like?
Any guilty pleasures?

I also like fish paste (salmon one preferably!) On cheap white toast

I love a tin of meatballs in onion gravy

black ripped skinnies said:
Just sat talking to husband about how when I was a teenager I lived off super noodles with chopped up pepperami and cheese on top [emoji7]
Absolutely terrible for the diet, super cheap crap food but I swear o could eat it now [emoji38]
What cheap food do you like?
Any guilty pleasures?

I also like fish paste (salmon one preferably!) On cheap white toast [emoji12]
Husband would still eat those terrible microwave rustler's burgers daily now of I let him [emoji3061]
Click to expand...

Tea biscuits broken up in a bowl, covered in steaming hot milk with a sprinkle of sugar. Ultimate comfort food and my go to when I’m really unwell.

Buggered up that quote didn’t I

Mashed potato, loads of butter. In a big bowl..maybe with cheese and or onions. Or in a sandwich (white bread only)
Beef space raiders
Rib and saucy Nik naks
Pot noodles.
Pot noodle sandwiches.
Childhood Faves:
Fray Bentos steak pie.
Angel Delight, strawberry or butterscotch or both.
Trifle. No sherry.
Chocolate trifle.
Those old school Vesta Beef curries. With fried potato scallops. Salt and vinegar on those and bread and butter.
Mushy peas and any kind of fish and parsley sauce.
I have eaten none of this stuff since my husband and I decided to try harder with our diets. We ate healthy meals but missed too many of them then snacked. Mostly on sandwiches & crisps at about 8pm. Instead of breakfast and lunch.
RIP delicious awesomeness..
F 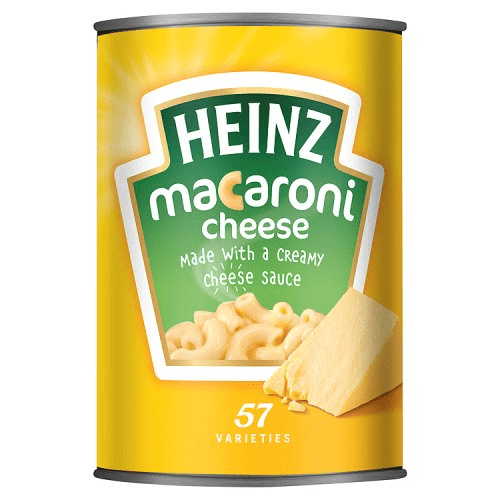 Space raiders on a roll from the newsagent. The saucy BBQ ones.

Semolina and a dollop of strawberry jam

Loved chicken micro noodles with brown sauce in them.

My guilty pleasure has to be tinned burgers, look a bit like dog food. Bloody love them

sea food sticks or mussels from the chip shop oh and half battered pizzas!!

Fish fingers on 2 buttered slices of white bread, smothered in salad cream and a can of Irn Bru.

Moderator
Fondant fancies, they taste better than any cake I've had in a Michelin restaurant and were on offer for 85p a packet recently, and I resisted the urge to comfort eat a box or two after a difficult day.

Pickled onion monster munch, they taste like they're stripping your body of something but it's nostalgic.

Party rings, they look far better than they taste and if you drop the packet every single one will break but still.
O

TheWitchIsBack said:
Tea biscuits broken up in a bowl, covered in steaming hot milk with a sprinkle of sugar. Ultimate comfort food and my go to when I’m really unwell.
Click to expand...

You were the reason I was meant to be on tattle. That sounds INCREDIBLE. Thank you.

For me it's mashed potato with cheese and ketchup mixed inbetween white buttered bread.
K

Nice sourdough bread with proper salted butter and apricot jam, I feel my hips expanding with each bite but it’s so nice.
G

Omg. This just reminded me of how I used to live off of instant 'smash' mashed potato (the type that's like a powder that you add water to)and then added tinned hot dogs chopped up and covered I grated cheese with a squirt of Ketchup

What even is that? How were we not deficient in all vitamins