Moderator
Hello.
Just wanted to start a thread for the Ingham family.
If anyone is familiar with the story so far you will know shit has hit the fan since some girls have come forward with messages from Chris (married father of 3, the oldest is not his biological daughter)
In which he’s basically sending them inappropriate messages and trying to hook up with them.
This story is not allowed to be covered by media in the uk at the minute because they have a court order stopping all media outlets from mentioning it, YouTube videos made about the allegations have started disappearing in the last few days and some are hinting they are being forced to take them down. Look at the tweets under “Chris Ingham” on Twitter or read other threads to catch up.

There’s far too many details to include here but if anyone is interested in joining.

Oh my
Oh my

Oh my! I was wondering why it was silent from them. Following!

Moderator
I really believe he is guilty, I know a lot of things on Twitter can be made up, but there’s too many now for it ALL to be fake. They have a gagging order against British media for definite and some on Twitter are now apparently receiving letters from their lawyers about posting about it.
Add in the fact they’re moving house it just screams guilty.
Its starting to look like they will get away with it and it might have hit them in the wallet but they’ll make that back no problem.
Sarah wouldn’t care if her husband was shagging around once she keeps her fame. Nasty little woman behind a nasty little man.

I'm confused how they can just carry on and their channel is gaining more subs than usual??
X

Sorry if this is annoying (lmao i'm still in the habit of worrying about OT and bans), but I knew absolutely nothing about the Inghams until this scandal with the pweirdo dad. I've tried reading bits of the GG threads, and everyone on there seems to have hated them for ages - especially Sarah it seems? Is anyone willing to give me a basic rundown of the awful things they've done prior to the scandal- or just point me to somewhere i can find that info without combing through dozens of threads on GG?
K

I've looked at some of the vids on Twitter where young girls scroll through his messages to them and it's pretty shocking stuff. As an adult i can see the subtle and not so subtle grooming going on, and the girls reluctance. I doubt a kid that age would have the smarts to fake that stuff and to what end. It's remarkable they were that brave to come forward and out him. That takes balls.

From what I've gathered, the mom was with another guy and had the first girl young like 19. Her bf at the time wasn't interested in being a family man which is smth she seems to still be smarting about. From reading between the lines, she's enjoyed their yt successs and just like Roman Atwood, loves to boast about it and spoil the kids while making neggy comments about the ex. Therefore, it would KILL her to see her last laugh simply crumble. I think she's all about saving face, and if that means riding rough shod over innocent kids, then so be it! Her attitude stinks, tbh. She should say nothing until things have been properly investigated. Who wants to remain with him? Didn't one girl say he had slept with other young fan /s ?

If her current husband IS this vile human being, she's going to look really awful, as she's gushed about him endlessly especially saying how she basically threw her daughter at him from the get go, and they have this 'special relationship'. I REALLY hope that girl hasn't been subjected to his vile fantasies. That mom needs to right away discover if there's truth to this, and if so, take immediate steps to protect ALL her girls.

She strikes me as a door mat though, much like collette butler.

Frosty said:
I'm confused how they can just carry on and their channel is gaining more subs than usual??
Click to expand...

Moderator
I didn't know the daughter that was about the age he was grooming wasn't his own! Gosh this is awful.

Thanks for the back story, her saving face and carrying on is terrible for the children. Cant social services be called? The oldest child is in danger!
H

Rachel-Mrs DD said:
From now on I will be popping the Ingham vlog reviews on here.
It's all a bit of observant parody and deeply significant social commentary on the rise and influence of the Ingham Family vlogs
Ok the last bit I made up its called B...A....N...T...E...R
I can't guarantee they will be SOUPER or be PRITTY ( after all you can only work with what you are given)
But let's see how it goes
Click to expand...

Hey, Great content but it's probably best on the main Ingham thread - it should work well just posting the latest reviews / roundups in the main thread. In the future will work better as won't be several in a row.

Trying just to have one active thread per channel/person here.

Hope that makes sense? Trying to lightly moderate here, but open to suggestions if I'm doing something wrong

Really sorry but I think it's lost the poll with the merge, but 100% of people (3 votes but still..) wanted the odd screen shot

Moderator
One of the girls he pestered still has a video live, for now

Moderator
The tattoo is my favorite thing this year ?? I’ve seen the likes of Jake Paul or Logan Paul making massive errors in judgment but they could claw their way out of that.... this is permanent ?
I shouldn’t love it this much.
I

Do they think sending out letters like this and ignoring all the allegations by 8 young girls will make it go away! 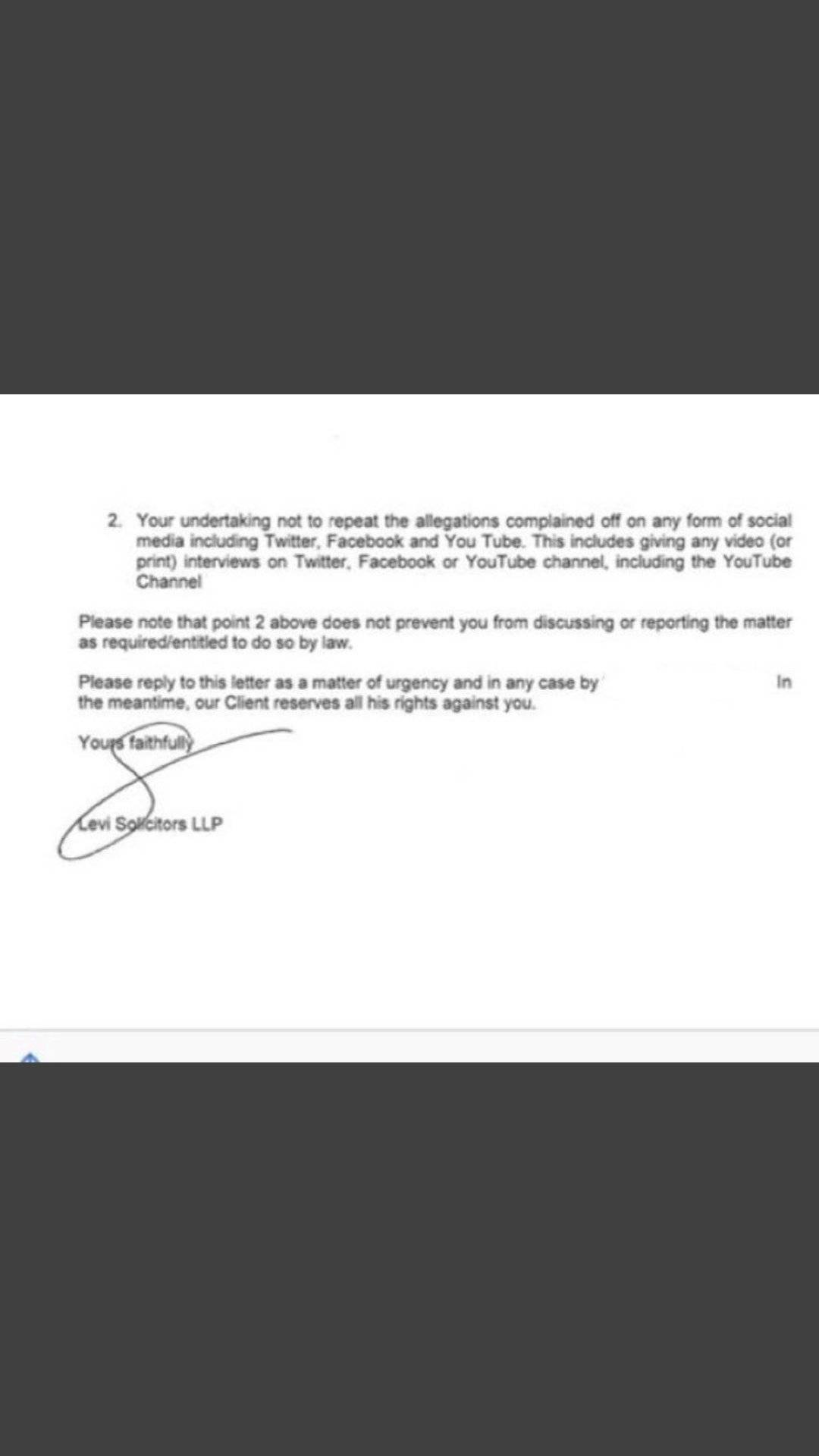 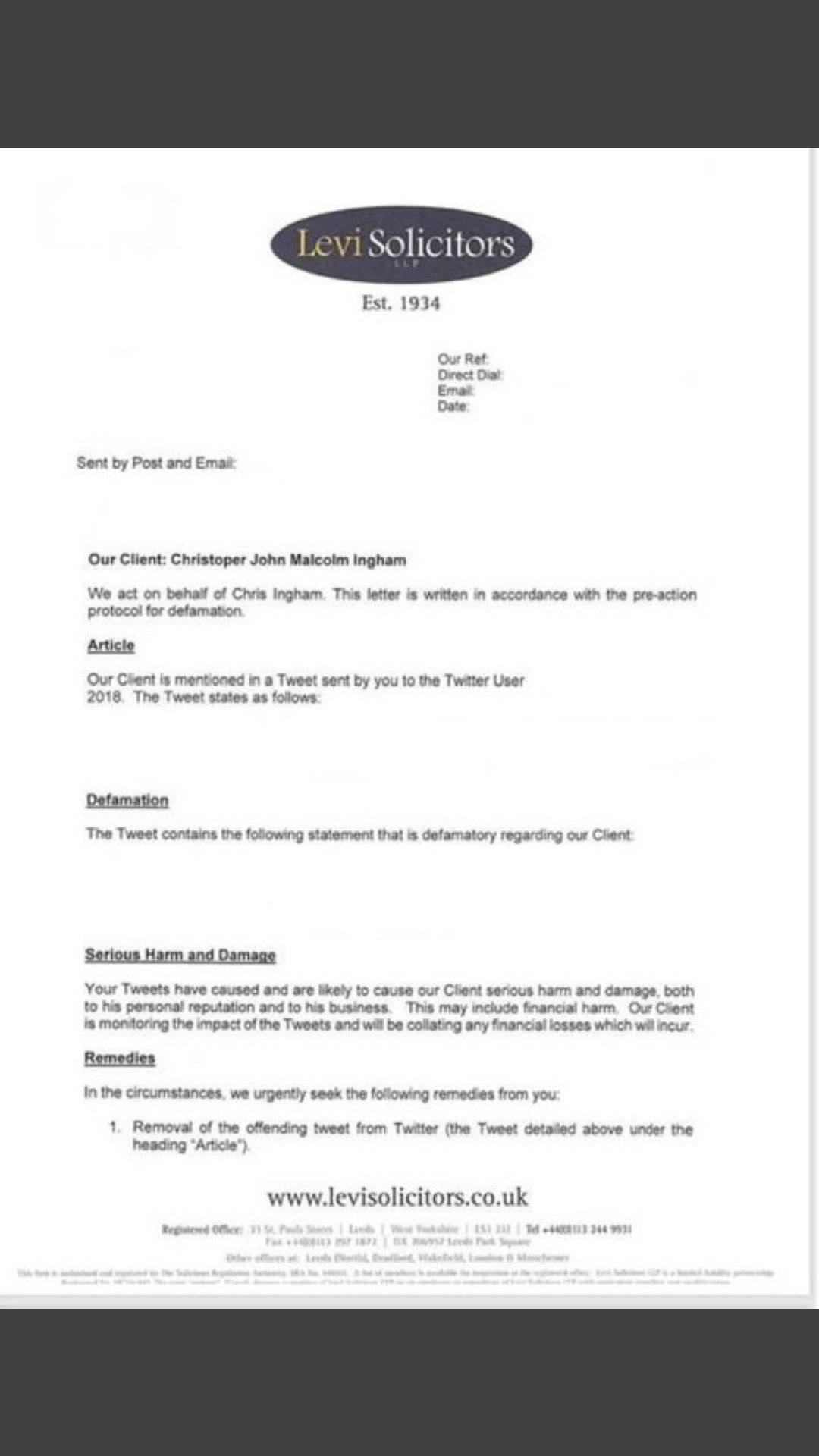 Rachel the daily summaries crack me up - might actually have to watch this one (on hooktube obs!)

Moderator
I really wish they were back on Twitter to see the reaction they’re getting to the tramp stamp.
Although I believe they are just under a fake name. Her especially, she’d need to know everything being said about her.
They really are the gift that just keeps giving with these vlogs ??

If she’s not pregnant now, she will be soon, even if she has to do it herself.

Rachel-Mrs DD said:
I will start putting the hook tube links in. This is obviously the first one I have done on here I had several pictures throughout nit but when I came to post it said I had exceeded the characters allowed. I'll get the hang of getting the balance right beween text and pics.
its juts a bit of fun actually and people seemed to like them "over there" so its fair enough I feel
the joy of going to click preview and NOT getting that bloody captcha thing is blissfull
thanks for reply
Click to expand...

I love your recaps ??

Cleverly written as they don’t actually say what the allegations are!