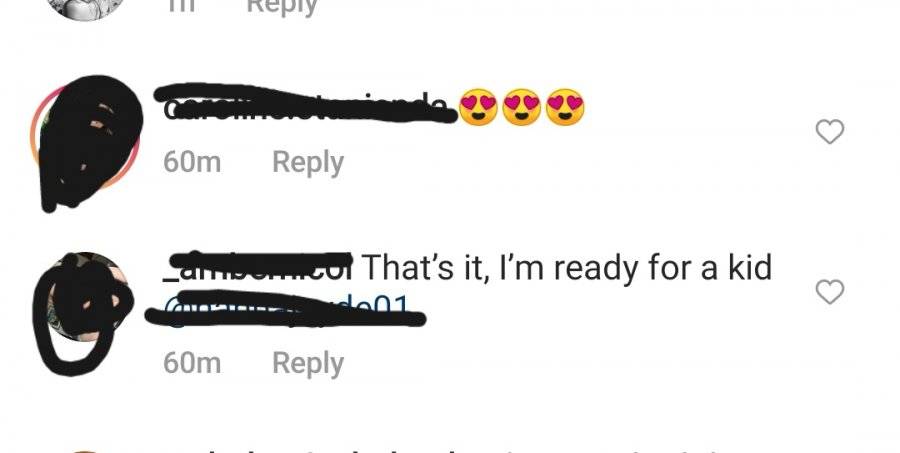 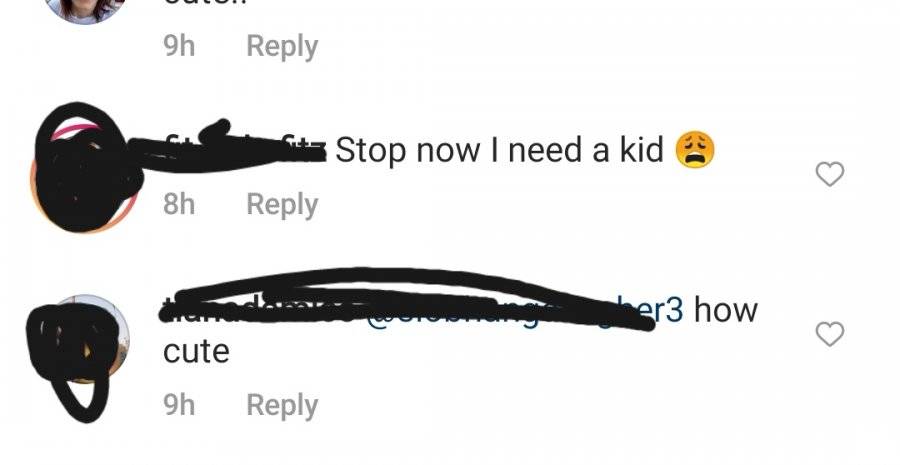 Like it's one thing to say, 'gotta have that workout gear, it's so cute', 'gotta have that poopy bloom and get that NaTuRaL glowing skin' etc etc. But a kid?? I mean a child isn't exactly a 'cute' accessory for f*cks sake. They are human beings.

I swear Scuz looks at

It is very clear that Miss holistic herself is being super cautious what she is posting right now. She knows very well that should her vaccine status be known public it will be an immediate cancellation of her many companies and social status. The toddler and bump marketing is a reach for engagement and follower likes. Tbh it’s in her best interest to keep a low profile until December but we know something is coming. She can’t help herself, she will break any minute now. It’s likely killing her seeing people going to restaurants and getting beauty treatments. I’m just waiting for her to explode

also can she fucking get a grip on the tiktoks, this isn’t your thing darls

ps how does she not have a management team or agency?!

MLS89 said:
I REALLY hope these Stan's aren't being 'influenced' to have a kid
Click to expand...

I would honestly not rule this out. Considering how thoughtlessly Scuz has baited everything around this whole pregnancy and woven it in with her pivot towards being a devout Christian housewife, and considering a lot of her stans seem to be cut from the same cloth (orthodox, antivax, church-going, family-leaning). This is very strategic and we must'nt assume this is happening in innocence. This is 100% her strategy to keep her catchment audience glued.

So her Sunee Projedkt is a Christmas menu? Surely that's going to appeal to NO ONE.
The teenagers who are most of her subscribers won't be cooking Xmas dinner and any adults that are cooking Christmas dinner have almost certainly done it before or atleast know enough to NOT pay like $40 for 3 months of Sunee #stillnomonthlysubscription #welistentofeedbacksowecanimprove

Sarah’s “BESTIE” Tanika is out for dinner for her birthday tonight - no happy birthday story from sezzy, and looks like she either didn’t cop an invite or legally isn’t allowed out

Can someone give me a Sezzy history (sissytory) lesson and fill me in on how it was outed that her and kurt met on tinder? I followed her when she was still with mitch and started to dislike her around her pregnancy but i cannot remember the tinder thing haha

Steel Raspberries said:
I think we can all agree at this point that there’s no need to speculate on whether or not Scuz and Durt are vaccinated. Sarah has complained about lockdown THAT MUCH that if she was given the all clear to actually go to the gym/shop etc then she’d make a HUUUUUUUGE deal about it on Instagram. But she isn’t.

Agreed. Changing direction - I recently got recommended one of her early vids (circa 4-5 years ago?), and I thought, ok I’ll bite (still didn’t make it through though). And wow.

Even though her ego wasn’t quite as overblown as it is now (it was still big and she is verrrrry self centred), and she looked more normal in the face, there were so many disordered behaviours, pretty much constant, that I never picked up on at the time. And these were probably the videos I watched when I first discovered her.

There’s several scenes where she’s talking about how hungry she is, so she makes a ‘LoW GI’ smoothie, with zucchini - ZUCCHINI - to “mAkE iT cReAMy” ?!

Later on she weighs said zucchini when making a salad or something.

Now if you know anything about zucchini you’ll know it is very low calorie, and is certainly not creamy.

Weighing my food, even very low calorie vegetables, was 100% something I did in the height of my ED, same with weird food combos (although I never had a zucchini smoothie or cinnamon cucumber, wtf).

The more it went on the more I was just like: ‘I’m just watching an ED how to’. It was pretty blatant - up at 5am for a SwEaTy SesH, smoothie for fullness (but with no substance), a weird salad with almond milk and anchovies, another workout, binge on chocolate and fruit and nut mix. I turned off at the end when she was wrapping up basically berating herself for ‘slipping up’.

It looked so much like one of my days when I was really feeding my ED and trying to convince myself I was in control. Multiple workouts a day, very little and weird foods, and then sometimes a binge. It would consumed my entire day. I would factor things like work and study and socialising around my workout and eating schedule, not vice versa. On days where I could justify it, it meant I literally didn’t have energy for anything else than my set routine.

But Sarah made an entire channel/job of it. Documenting her ED, crashing, then repeating. Only she’s in so deep at this point she’d never admit she has a problem…

idk where I’m going with this post. It just hit very different watching her old vlog content without my rose tinted (sezzy werk) glasses on!
C

Word on the street tanika quit!!!

I think Sarah thought she could get away without being vaxxed and in a few weeks it will come out that she is vaxxed. She won’t make a big deal out of it, she’ll casually show her going out and getting freedoms only a vaxxed person will.

I think she thought she could get away without being vaxxed but then when they announced the rules and realised she wouldn’t be able to go to brunch until December or be able to hide that she’s not, she would of frantically ran off to get Pfizer. So I would put my money that she’s recently gotten her first dose (only for benefits of going to brunch, not because she cares about the safety of the community), so will be fully vaxxed soon and will just casually slide back into the world in her shitty WF line.
F

wowzers101 said:
Can someone give me a Sezzy history (sissytory) lesson and fill me in on how it was outed that her and kurt met on tinder? I followed her when she was still with mitch and started to dislike her around her pregnancy but i cannot remember the tinder thing haha
Click to expand...

It’s been absolutely confirmed by a close friend in Sydney.

I'm so embarrassed for her. These tiktoks. Where are all her friends right now? Are they too scared to tell her she embarrassing herself?

also this on her IG 3 days ago

Spanner14 said:
So her Sunee Projedkt is a Christmas menu? Surely that's going to appeal to NO ONE.
The teenagers who are most of her subscribers won't be cooking Xmas dinner and any adults that are cooking Christmas dinner have almost certainly done it before or atleast know enough to NOT pay like $40 for 3 months of Sunee #stillnomonthlysubscription #welistentofeedbacksowecanimprove
View attachment 807815View attachment 807816
ETA: that butter less burnt toast that's 1/4 of the second pic isn't exactly selling her cooking skills

Delicious and healthy SHUTUPPPPPPPPPP Funee why does everything have to be “healthy” Christmas is the one day people can indulge, it’s triggering to think that xmas day food also needs to be healthy. What about delicious and easy? Nah gotta find a way to restrict right!!!

WhiteFox said:
I'm so embarrassed for her. These tiktoks. Where are all her friends right now? Are they too scared to tell her she embarrassing herself?
Click to expand...

Well apparently she's running out of friends if Tanika quit

Also with Fox reward chart they're giving him stars for potty training and sleeping alone. These are both things they should've done in their nice 6 month lockdown where they have to be in teh house all the time and can watch him. But also doing these 2 together is going to be a nightmare for them both I love it
N

Just going back to the sushi and I want to do a wee lil rant.
Taking a cuisine and changing it to suit your white woman wellness ways is part of food racism that we need to be aware of. Similar to when Sarah made a “healthy butter chicken” by bastardising an Indian dish to suit her white woman ways. Sushi rice has sugar in it, it’s what makes it stick together. It has mayo in rolls (yum kewpie Mayo) not “bone broth mayo”.
Sarah I know you are in cronullafornia and it’s super white washed but being a kid and eating sushi is pretty much the norm these days.

Yo Tanika, come join us

Not me, sitting here thinking about @peanutbuttersticks

I hope it’s true! Good on her for finally spitting out the GF DF Scum-ade

LOLLLLLLL the big crisis- I found my bestie on tattle