Moderator
They've always seemed really expensive and half the people are treated like trash if they get a beiber or Britney m&g. This video poped up and it's quite interesting. Britney apparently kicks her out after she put her arm around her and then laughs when the fan says she's paid alot to be there.

Then of course there's the Avril photos that are so cringe. Apparently Miley Cyrus and rihanna ones are good. Arianna Grande is supposed to be ok, but will check every photo taken and get people to demand any she doesn't like are deleted. 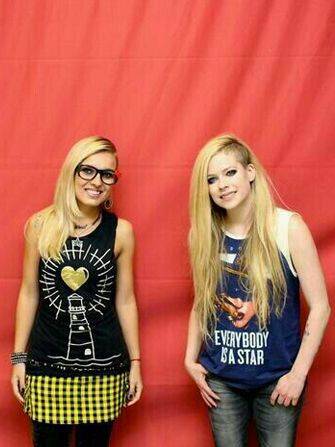 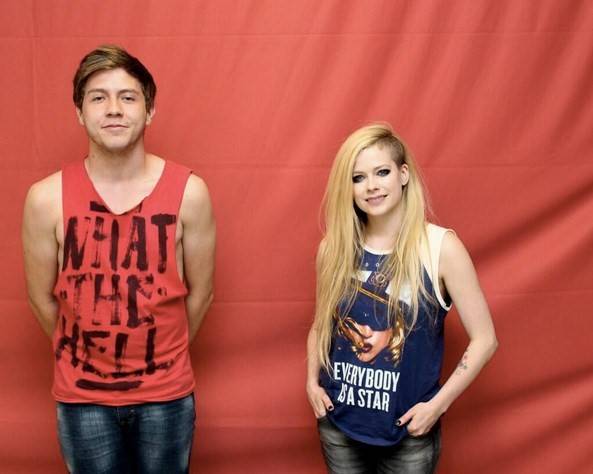 I was reading on twitter yesterday, this guy was saying Britney didnt even look, smile or speak to him and he paid £500 + ticket price. Disappointing but not surprising with Britney. I remember an interview once where she talked about hating ppl touching her.

IMO paid M&Gs are only gonna be a let down. Even Taylor Swift who does them for free gets complaints from fans if they're not allowed to meet her twice.
M

Weren't the Avril ones because she was struggling with Lyme disease and was worried about getting sick again? Or something like that...they def look awkward.

I just don't get the appeal in paying hundreds to meet someone, when they only give you time to say hello and get a picture...so you get maybe 5 seconds with the person and thats it. I get that celebs/pop stars aren't going to work for free, and it allows people to meet them in a safe and controlled environment, but it seems crazy.

Mayday said:
I just don't get the appeal in paying hundreds to meet someone, when they only give you time to say hello and get a picture...so you get maybe 5 seconds with the person and thats it..
Click to expand...

Exactly. Spend the money on another experience!

Moderator
Agree they are always going to be a let down. Even a "good" popstar that doesn't treat fans like trash might be having an off day. For some people these experiences are a international flight or they birthday and Christmas present from everyone.If Avril or someone doesn't want to do it properly they should have enough power to tell the promoter no.

I like Demi but her and nick were selling a dressing room meet for 10k during their tour. That's outrageous!

Glad Taylor doesn't sell them, but even if she did allow a second meet people would be upset and want a third. She must be one of the most shrewd and savvy popstars out there, poor Britney didn't even know where she was during Brighton pride.
K

The worst thing in the world is meeting your idol. they say you should never meet them and it's so true. I met two who were lovely and I got lucky, but the rest were really upsetting. basically I had a job where I met a lot of famous people. gosh, it was really weird. the egos on these people!! Then i realized in order to be a celebrity, they have need egos. Or they won't make it in a cut throat industry. They'll just bail out and live a nice quiet life. I wouldn't mind meeting those sorts of people over celebs any day!!

one famous guy who shall remain nameless made me cry aha. I met one of my idols and he was literally such a bleep to me. i still think about it almost daily and it makes me cringe so hard. he was just down right nasty, and he knew i was a fan of his since i was a child. I turned up with gifts and a card and a bright happy face and came away wanting to swing from a beam lmao i think he saw my face drop and my eyes well a bit and after he realized he'd been a massive c*** and he tried to apologise but I wouldn't let him. I literally walked away up the stairs with him tugging on my sleeve and me refusing to look at him, lol, but I honestly just felt so awkward and embarrassed and didn't want him to get any satisfaction or maybe remorse that he had truly upset me Sorry but you can't apologise to me after I'm legit CRYING cus u were such a rude mofo over n over while I couldn't escape as I was crushed in by other fans. Damn. In fact I ended up going down and crawling out just to get away from him haha he wasn't upset by the crush, he was just rude before there was a crush, and it was hurtful. who does that. Since I've found out he does it a lot, and barely anyone has a good story, even people who work with him and are celebs say the same as me. Still doesn't make me feel good about it though, I was just mad I'd been fooled for so many years that he was a nice person. I'd just gone to an event and he was doing a free meet and greet but it was awful. I don't know why he bothered tbh.

never ever pay to meet a celeb, they just want your money and frankly it's sick, they should meet you for FREE and be nice to you, or not do it at all.


Yel said:
Then of course there's the Avril photos that are so cringe. Apparently Miley Cyrus and rihanna ones are good. Arianna Grande is supposed to be ok, but will check every photo taken and get people to demand any she doesn't like are deleted.

LOL that guy's t-shirt is Gold!

I get not wanting physical touch if you have illness or worries of an illness but that massive gap is a bit much. Even Princess Diana shook hands with people with AIDS and other serious life conditions (at the time)

Btw did you know a lot of famous people have this stupid rule. If they're meeting a real friend, partner or family they smile broadly, with meaning in their eyes (happy) and with teeth on show. If they're meeting a fan they do a no teeth smile and make it look slightly strained, as if smelling a bad smell. I over-heard that advice given so many times by celebs to other celebs. Hilarious. Do they even listen to themselves! Some will show their teeth in a really obvious silly way but the main thing is to look really uncomfortable.

'Oh i saw you with this smashing little blonde piece the other day in the daily mail!'
'who?'
finds picture on phone
'Oh her, no that's just a fan, see the no teeth smile?'
'Oh of course, my mistake! I forgot about that silly me'.

It's a secret code between them so they can recognize someone they are dating, actually like or it's just a fan. Just by glancing at a photo of them with someone. I can tell just by glancing, too. And now, so can you! Not all do it, just the worst ones.

I used to meet a lot of celebrities because I was a weird fan girl and used to go to book signings and wait outside their gigs, I’m just looking back at pics now, sooo many no teeth smiles, but managed to get my self a few teeth ones, must’ve been very happy to see me ?
K

Nice! Some celebs are genuine, that's nice to see

I had a m&g at Halloween with Monét X Change and she is one of the most genuine people I have ever met. She asked us how we all were feeling, if we’re excited for the show and during the show pretty much interacted with the entire crowd throughout. I got second row seats too!

Same with R5, except I didn’t have m&g this time round. I met them at the very end of the concert and they took time out to talk to those of us right beside the door they go back in.

Sabrina Carpenter’s m&g was a lovely experience too! It was a small crowd of about 20 of us meeting her. She made Cher we could say everything we wanted to her and also got to talk about Paris and stuff. I think the best bit was that I could finally speak to her after being a fan for nearly 7 years. The m&g wasn’t included in the ticket though so it ended up being my most expensive experience. Blahh. But hey, we got merch with our VIP bundles so it’s fine.