WhyYouCry? said:
Thank you for checking up, it went as I expected really. Very reassuring that it’s unlikely to be anything sinister but referred on for further investigation due to the nature of the problem
Click to expand...

Glad it went as OK as it could have. At least that appointment is over so you can feel you've done what you can so far to get it sorted. With any luck you'll just have one medically unremarkable slightly off looking breast. Most people will have at least one of those, or worse, two of those.

Hunsgraveyard said:
Bloody hell, running at almost a thread a day! Jack still flounced off but quietly, softly, gently blocking people according to what they're posting. Did we work out the record time off twitter yet?

Meanwhile I've been BUSY doing things Jack has never done: working and looking after the kids. Any clues what she's been up to besides

She's quietly following /unfollowing/ blocking and lurking while deliberately ignoring the people who are actually worried about her.
And she may (speculation) be Balling some walls in her spare time

Jacksy needs to do something. We've resorted to discussing what ferrets, rats and hamsters smell like. I don't have any of those but my cat smells nice


WhyYouCry? said:
Thank you for checking up, it went as I expected really. Very reassuring that it’s unlikely to be anything sinister but referred on for further investigation due to the nature of the problem
Click to expand...

Glad to see that you're appointment went well.
Y

Country Bumpkin said:
Jacksy needs to do something. We've resorted to discussing what ferrets, rats and hamsters smell like. I don't have any of those but my cat smells nice
Click to expand...

My cat smells lovely too. He's a neutered tom cat, he has a very comforting smell to his fur that I can't properly describe

I keep checking Twitter, I feel bereft. In the way that I felt bereft when I had a painful impacted wisdom tooth removed and couldn’t stop playing with the hole.

After all, she does sleep with a volume of the great bard's books by her pillow 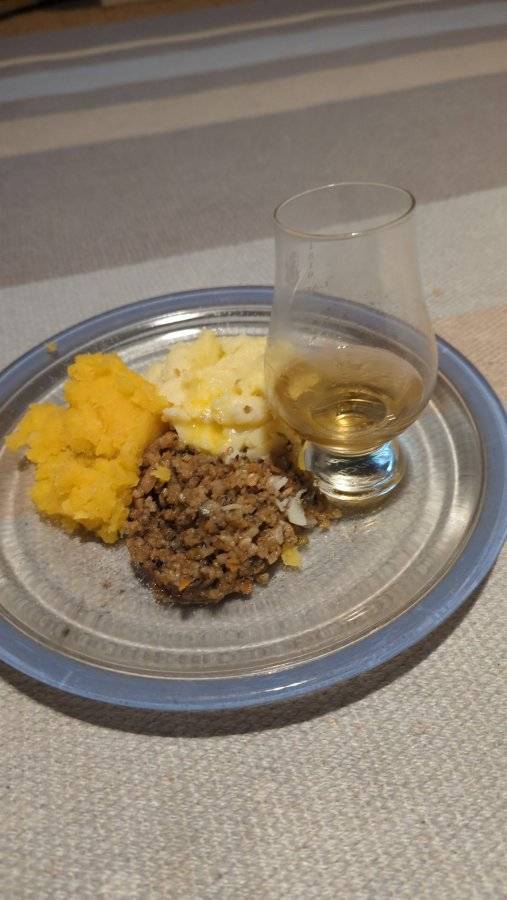 Back in my retail-adjacent days, we were open late on a Tuesday so you got a lunch break and then a small 15 min break later on. This wasn’t enough to eat your dinner or the like. Anyway, it might have been the fact I was ravenous but from about 6.30 onwards, you could smell people’s dinners on them and I do recall the most common smell was that of potatoes

so I put to you all that Jack smells of potatoes a la a small shop at around 6.45pm in 2001 which would explain a lot.

Country Bumpkin said:
It's probably gone off if it's gooey
Click to expand...

It's never stopped her before

Yer_wha?! said:
My cat smells lovely too. He's a neutered tom cat, he has a very comforting smell to his fur that I can't properly describe
Click to expand...

I used to say that my beagle smells of ‘biscuits and warmth’. Now he’s really really old and arthritic he smells more like manky biscuits and bad breath. Still love him though

Yer_wha?! said:
My cat smells lovely too. He's a neutered tom cat, he has a very comforting smell to his fur that I can't properly describe
Click to expand...

My ginger cat who lived to be 20 smelt gorgeous. He had this lovely spicy smell that wasn't a cooking spicy smell, I can't really describe what it was like as i havent smelt anything else like it , but it was really nice. He probably got fed up of me sniffing his fur.

Ouchyfingers said:
So much this. My Mum does this with me - I have depression (actual, not coke habit!) and EVERY TIME I’m clinically “low” she tells me seeded bread will solve it. I know she’s trying but… y’know?
On topic - I’m still howling at spatchcocked sloth
Click to expand...

My mum thinks taking my dog for a nice walk will cure my PTSD.

Nottonightbabe said:
I always imagine her smelling like a pair of mens jeans that have been worn for many months but never washed, or a damp flannel that's been sat at the bottom of the laundry bin for days.
Click to expand...

Yes yes! I imagine her like this and also that damp smell, you know, when you fold washing that’s not quite dry and is stinks…ive done it once (without realising) never again. It also made me realise what the smell was that a colleague has — he always smells like this and now I know why, didn’t know what it was before.
It’s how I imagine Jack smells

Lucky Escape said:
Jack, you can't really dismiss Peter Oborne for being a "DM journo" - he's a hugely respected writer and broadcaster. Yes, he did have a weekly column in the DM at the time, but he's better known for his long-running associations with the Telegraph and Channel 4. His views aren't exactly "stereotypical DM", either - they're eclectic, well thought-through, and often surprising.

Ugh. She acts like he's an unwanted guest at her event - but in reality, he has twice as many talks listed on the Greenbelt website as she does, and seems to have been doing stuff for them since 2010. And I found what looks like the initial lineup announcement for Greenbelt 2017 - again, Oborne is mentioned but Jack isn't.

More evidence of Jack thinking that the world revolves around her.
Click to expand...

I've just listened to that. It's quite incredible. Oborne smacking Jack down when she patronisingly referring to him as bold for turning up was splendid. Jack whining about Richard Littlejohn and Camilla Long writing opinion columns she didn't like directly after the suicide of Lucy Meadows was discussed was bleeping breathtaking and so typical of Jack.

ETA: OMFG She actually has the gall to defend the coverage of Grenfell when she wrote that disgusting article centring herself.
Last edited: Jan 25, 2023

PoorPatrol said:
I think she has always thought being a lesbian is completely outrageous based on her Baptist and provincial upbringing, and so has clung onto it as some kind of badge of ‘I’m mad, me’
Click to expand...

I think the same thought process applies to her tattoos. Her frame of reference in life is so small that she thinks everyone would be shocked by such a thing.

About 10 years ago when our son was about 7/8 we were on holiday in cornwall. There was a campsite behind where we were. A family at the campsite HAD BROUGHT THEIR FERRETS ON HOLIDAY! They would walk them to the beach every evening on harnesses and leads! I would wait for them to approach and run out to ask for a cuddle of the ferrets

. The owners were incredibly patient with me. So if that was a frau, thank you! I've never forgotten it

. Anyway, ferrets smell musky. It's weird but not unpleasant smell. Although I can imagine it would be overwhelming if they weren't kept clean or well cared for.

kachoochoo said:
i imagine she smells of not-quite dry laundry that's been left too long and a particularly obnoxious vape juice flavour

and she's definitely one of those who has to do the massive vape clouds that hit you in the face from 10 metres away
Click to expand...

I am filled with hatred and anger at the thought of this. If any you fraus do this, stop it. WARNED. especially if it’s one that smells like candy floss


Yer_wha?! said:
My cat smells lovely too. He's a neutered tom cat, he has a very comforting smell to his fur that I can't properly describe
Click to expand...

My dog smells like if you walk past a big bin that’s ajar, on holiday somewhere hot.
That mixed with curry powder.

I kiss him more than I kiss Mr Lazarus.

Django said:
Jack smells like her laundry that is only washed at 30 degrees with half the recommended dose of laundry powder.....
.....HONKING
Click to expand...

And uses boiled soap to wash, layers up with tights and leggings and just hangs them up to air rather than washing them, thrice wears clothes on long train journeys, and lives in a house with no hot water (despite having a skincare routine with hot hot water and a flannel).