Jack Monroe #326 You absolutely reek of bitterness, fantasy and too much time on your hands

I'm honestly not entirely convinced this isn't Tattle bait and it's actually a friend's dog or something.
M

Did she google these dogs like I just did? They seem awful hard work. Jack don't work .

The Great Dane must have been pre-Poverty, back when her life was nice and stable. Not sure if it was:

More likely a family pet. She has not had a dog at any point since her first blogs in 2012, at any rate.

Wasn't there something about pet food going up about 20% in a year. I know my dogs food has went up by a fair bit. Give it 2 or 3 nights till she's moaning about no sleep puppies are such hard work but are so worth it if you put everything into raising a happy dog

Just adding to the chorus of people saying that if ever there’s a dog going mental in the park near me, you can guarantee it’s one of these. Good luck to her.

Onestorytoomany said:
This will scupper any other jaunts she will have as kennels are so expensive and are actually quite picky about the dog they keep. I know people who's dogs have been turned away. Dogs are a huge commitment and the commitment is 10+ years.
Click to expand...

Yes to this. £40 a night for a dog sitter (including fees for the website).
i have been to a few sitters who have watched our dog once and wouldn’t watch him again. He’s clingy as hell, he howls when left alone, and he has a loud bark when he’s playing.
the sitter he goes to now, the £40 one, has had him a good ten times. Two of those visits, one 1x night and one 2x night were separate trial nights that I insisted upon before booking him in for a week because I couldn’t deal with the thought of being away and her texting to say he was too much hassle and wouldn’t take him again. Thankfully he’s fine there and it’s really great for socialising with the other dogs. Kennels are a subjective thing but I’d never put my dog in them. Done it once and he came back a nervous wreck.
Jack hasn’t a friend in the world, I simply do not know how she’ll make it to London for breakfast TV appearances with a dog ( how does she manage the school run on those days?

)
Dog sitter means she’ll have to put the pup into someone the night before as well, and many won’t take new pups.
Yeah. Great idea Jack.

All in all it's just
another suitcase in the hall
Click to expand...

I need to catch up, but just pausing to say that I fucking love your mix of Pink Floyd and Evita

For the love of LJC won't plucky squig reply with "Yeah, fish. The Dr said more fish. Not bollock sausage and goat leg."

kachoochoo said:
stuffing loaf thingy and that doesn't sound anything like panzanella

Grown adults who say om nom nom need a swift punch in the gob (or a kick in the shins, depending on your personal preference).

Winthropp Tuesday said:
All I can think about is that self satisfied tweet when she had the kitten and it needed the vet - “I’d like a referral to Fitzpatricks please”, because it was all about HER and getting on TV. It’s going to happen again isn’t it?
Click to expand...

I was a bit naive and silly at that time and offered to pay for Sophie/Pretzel's vet bills. Hopefully the Graun/local press won't run with this nonsense again.

Hopefully she won’t be stupid enough to try to take the poor little thing to Glastonbury. From their site-


“Leave Pets at Home
Please don't bring your pets to Glastonbury. No animals are allowed onto the Festival site; it wouldn't be much fun for them anyway. People and vehicles entering the site are searched, and any animals found are impounded and housed off-site at the owners' expense.”

I don't know if we ever found a photo of him, but the Great Dane was called Jazz...

StillLucilleBluth said:
Just adding to the chorus of people saying that if ever there’s a dog going mental in the park near me, you can guarantee it’s one of these. Good luck to her.

Also, “Dane”? Does she mean Great Dane?
Click to expand...

jenny2603 said:
Cooper is not fine with Content Dog. His facial expression is "what fresh hell is this?".

What the actual fuckety fuck?! Literally all of the advice about introducing dogs and cats is to let them have space for a least a week or two, then scent swap, then just visuals before introducing on a lead. Not just bung them in together while you’re holding a phone for twitter likes

Oops people are not impressed

I never want to see that grifter begging for money again now they have a puppy. I wouldn’t begrudge anyone the absolute unconditional love they bestow on you but they don’t come cheap (as hundreds of rescues across the country will attest to).

Did Jazz starve to death because of the poverty

I cannot be here for dog abuse Jack.

Hmmmm… wondering if the golden part of that poor gorgeous puppy has anything to do with someone else clearly liking them? #forensic 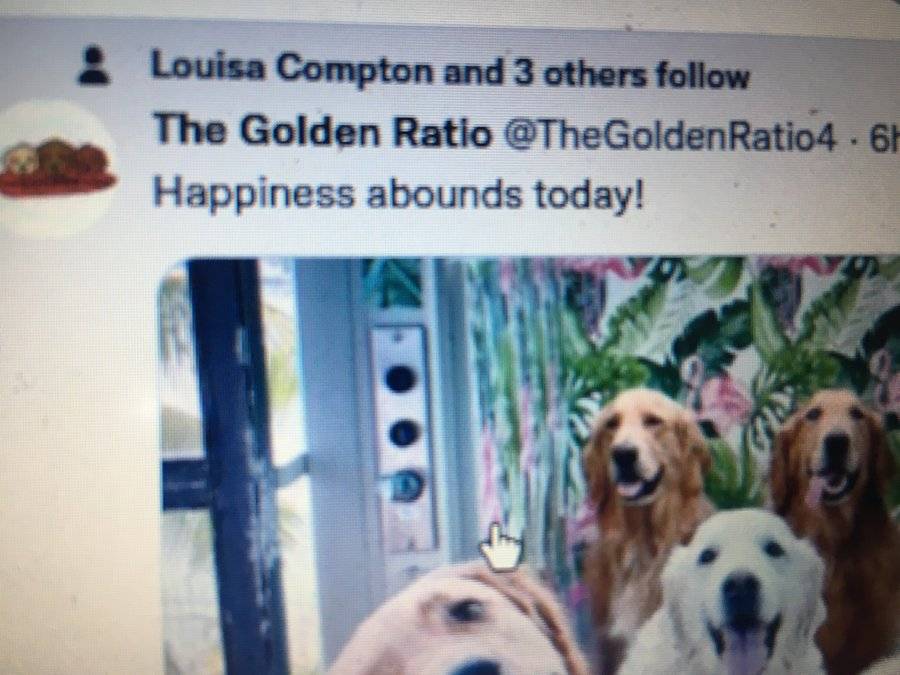 Jack once dogsat for a friend. This led to canine thot shots. I can't unsee it, so now neither can you: 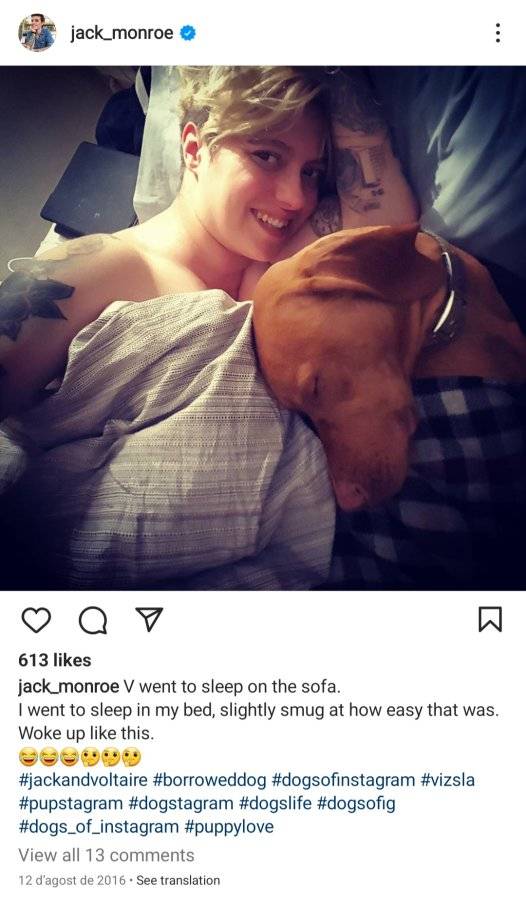