asheighmaree96 said:
So Georgie just got majority of the expensive baby items gifted to her… does this piss anyone else off? Like she has enough bloody money to buy her own baby items yet gets it all for free. An actual bloody kick in the face to mothers/families that cannot afford to buy brand new items for their baby.

Makes me so goddamn mad. That’s thousands of dollars of products she got !!!
M

Does she have to say "do you die?" "I die" to everything... no georgie neither of us died over it. But I might if I have to keep hearing your dumb shit
E

Be so embarrassing for these poor kids growing up seeing their mums naked bodies all over the internet.
M

Ella_1234 said:
Can't wait to watch her freak out about 'bouncing back' post baby like Sarah's day did

Be so embarrassing for these poor kids growing up seeing their mums naked bodies all over the internet.
Click to expand...

Nah Georgie won't do this as blatantly as sarah did. It'll be endless stories about not caring or something and then feeling more herself. She doesn't talk about weight anymore because its more trendy not
W

[email protected] said:
All I get is cashed up bogan vibes from Georgie these days
Click to expand...

Now has a jewellery collaboration.. these influencers are so damn predictable. They will be irrelevant in 5 years time and I’ll sit back and laugh.
M

Isn’t it illegal to not disclose ads now? 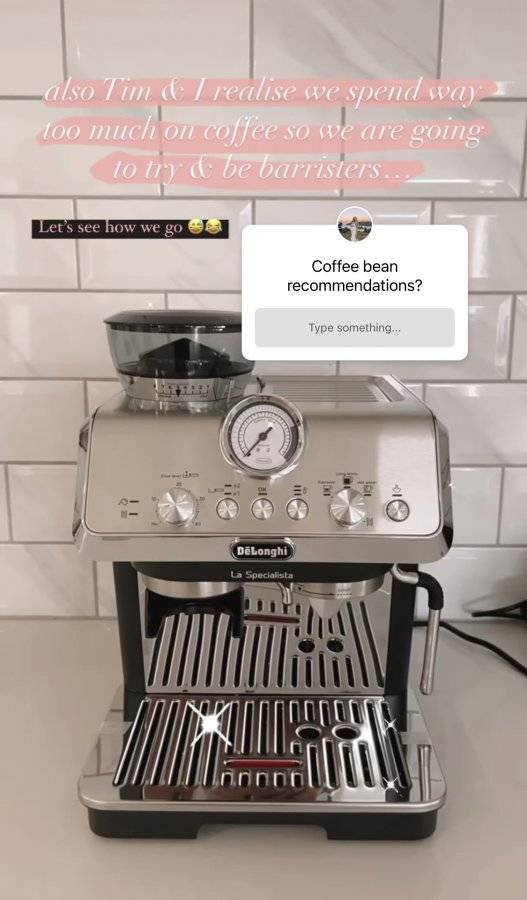 I nearly peed myself laughing at the irony.
M

Imagine being that much of a sell out that you shrill Coca Cola while heavily pregnant.

Don't get me wrong, I love a Diet Coke. But I just feel like this does not fit her brand/image and it's clear she did it just for the money.

Imagine being that much of a sell out that you shrill Coca Cola while heavily pregnant.

Don't get me wrong, I love a Diet Coke. But I just feel like this does not fit her brand/image and it's clear she did it just for the money.
Click to expand...

she didn’t manifest shit. She’s just a smart business woman who sucks women in who give her their money.
M

This is so petty of me but the fact that when she gets coffee with Tim she tries both coffees, then keeps the best tasting one speaks volumes about the type of person she is tbh.

macrofriendly said:
This is so petty of me but the fact that when she gets coffee with Tim she tries both coffees, then keeps the best tasting one speaks volumes about the type of person she is tbh.
Click to expand...

Why would she possibly need a snoo AND a gifted Snuzpod. Such excess.
S

YASSSS was hoping this bitch had a thread and I’ve finally found it !!!! Hello everyone

Let’s ramp up this thread

Her entire Instagram is an ad at this point. And yet she manifested this “success” ???

although there’s no a lot of #ad going on…I think she needs to be reported ?

Love that there’s a tattle for Georgie!

I started following her when I was first going through IVF. She was always a bit annoying with her complete oblivion to her privilege, and it was hard hearing her complain about the cost of IUI and IVF when she has a fucking Porsche. But I always put it down to her being a bit… slow.

I recently listened to her fertility JoURney

(cause it’s always a journey), and she said she manifested her babies!! Both her miscarried one and her current baby. She went on to say that manifesting is not just wishing but being PROACTive (hustle babe), and she got fertility testing etc early cause she so proactive (usually 1 year of ttc before seeing a fertility specialist I think they were 8 months). Her first IUI was cancelled and the second one worked. She then brings up manifesting, and hustling

I am not sure if she is just oblivious but she was just LUCKY. There’s a success rate around 30% with no known issues. She was on the right side of the stats and she was lucky. I hate that she has now started putting baby emojis on her manifesting course and rainbows after talking about manifesting her baby.

It makes me so angry as when you’re doing fertility treatments you spend so much money, and people would fall prey to her scam manifesting course. She then goes on to get gifted everything she needs for her baby after spending hardly any money (comparative to the average person) on fertility treatment, and tells people to pay for her BS course, which in turn pays for all her shit. The fact that she can’t see her privilege and puts it down to hard work makes my blood boil.

. Just off now to manifest myself some baby clothes and a snoo

I’ve listened to a few of her manifesting podcasts and it actually makes me cackle.
so, there’s Sarah’s day- then the copy cats Georgie Stevenson and Christie Swadling. Am I missing anyone ???
You must log in or register to reply here.
Share:
Facebook Twitter Reddit Pinterest Tumblr WhatsApp Email Link
✖
AdBlock Detected