So apparently this is Chav’s kitchen of dreams ….

Julia123 said:
Wow! Good sleuthing! That plus the food, private chef and safari or does it come "included"?

I definitely think that Josie & Charlie target companies and "offer" to advertise them for a fee/freebie.... I'm sure they think very highly of their marketing prowess since you know... Josie is putting Magazines out of business.

I find it interesting that these 4 went to Provence and it doesn't look like they went wine tasting or to visit any wineries... strange!
Click to expand...

There is no beach dahling. Why go out to unsponsored wineries, when you can stay in at the freebie and drink while getting shots for your swipe-up link?


Julia123 said:
Finally watched the tearful goodbye of the mahZduhh... um she seemed more upset about that car than the event named after her father who passed. And she gave the car to her brother so dirty.

Something is so off with this sudden purchase and no test drive of the "not that old - old" defender and her reluctance to part with a fairly average car (no offense to Mazdas)... it's not like it was her Dad's car. I get it that someone can get attached to things but this was a bit much - don't get me started on the clickbait like someone did die but it was a car.

Was she really just upset about visiting the home town and her dad's passion/pastime? That would make more sense.
Click to expand...

Quite a few people commented on the clickbait title. Josefiend even chirped back to one, that the title wasn't clickbait, adding a laughing emoji. People thought the dog had died.
Last edited: Tuesday at 11:45 AM
I

Is anyone surprised that Chav had to reply to Ali’s post???…. Ali I’d in bed and Chav is …. 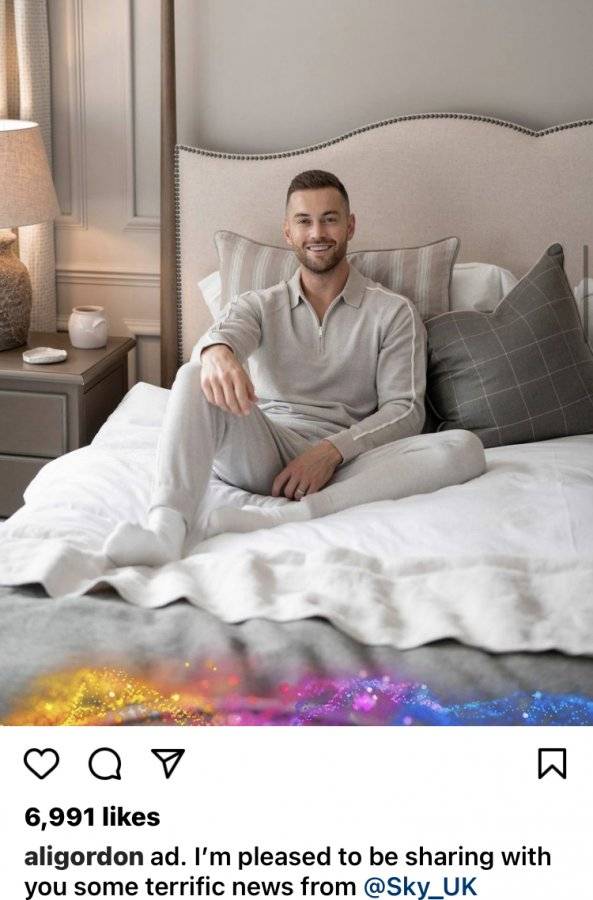 These comments scream arranged friendship just to climb the ladder of social media. Who comments this sh*t to their friends?
H

I tried to watch the vlog today - but kept jumping through it. It just seemed a repeat of the last trip in Ibiza (photos of herself in clothing, photos of the four of them eating, same stuff with a different backdrop - to me it seemed dull.
There was one funny comment - not sure if it has been erased yet - about how she "should tell Charlie to stop interrupting her - he is rude". LOL!

Please go and watch jojo trying to be sophisticated and posh, but highly unintelligent she really knows fuck all! And the two of them are really putting on weight fast, char char is about to crack/split hose poor white trouser!!
I 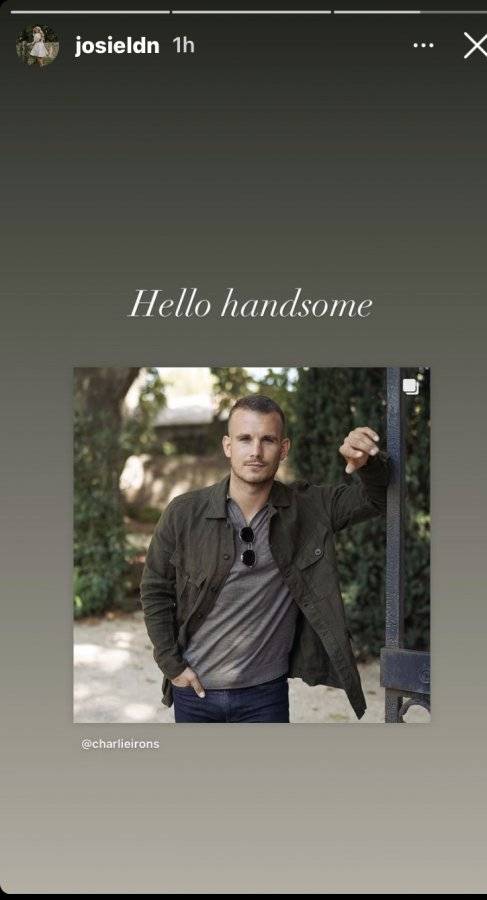 Anyone else think the 'friendship' with Lydia was feeling a bit frosty?

Shouldn't be on the net !!!! 4 embrassing low life's trying so so hard to sound intellectual and playing dressing up in their Farfeach freebies.
The dimwits can't even tell the difference between French & Spanish!!!! Mr know all Charlie boy thought he was in the Alps.
Absolutely no excuse for putting out this crap & being so so ignorant. USE GOOGLE YOU MORONS.
ALL THE PARENTS SHOULD HAVE CONTINUED BIRTH CONTROL!!!!

They didn’t even know what a plane tree was! They are all over London, embarrassing !

Rosé mentioned quickly and often. And I mean often, dahlings!
The sunset was straight out of the Lion King. Good to know her point of reference for sunsets.
Mansplainer got the Alps a bit wrong and seriously, his pants are way too tight these days.
She oohed about the Michelin star restaurant. Bistro style, so useless for the gram, if you know what I mean. She refused to even taste the escargot sauce the others were eating, never mind eat one. She perked up visibly when she saw the cheese though. Would not want to speculate about her in the bedroom, she's not the adventurous type, that's for sure.
She mentions the Cotswolds because she sees a Defender. Who knew you only found Defenders outside bloody Daylesford. Too bad for the rest of the world.
Went to two villages. At the one couldn't have coffee in the square because no sun to sit in. She was wearing only a sundress. (Those dresses and wretched Valentino shoes certainly needed merching) Where are all the boots and jumpers when you need them, Josie?
At the other village, they couldn't even park, because the little village parking didn't take Apple Pay. Not one of the 4 idiots, in a little French village, had taken a credit card. Back home they went for more rosé. Made sure there was Léoube wine. She's for sure got a deal merching for Daylesford. Also had Whispering Angel for the Lydiot.
Mentioned and wore the patchwork Zimmermann dress twice. It's autumnal, dahlings! She's keen for the commission on that one.
Said they picked the brain of the owner/designer. Let's hope they learned the concept of scale and proportion. I won't hold my breath.
Said they are already planning their next trip there. As if they could afford it when not a freebie, hah!
They were embarrassingly ignorant about everything and where they were.
Last edited: Tuesday at 7:02 PM

Yes terrible the amount of crap and ignorance was next level! Provence and province aren’t the same my darling Jojo the ignorant!

Some comments on tonight's vlog... 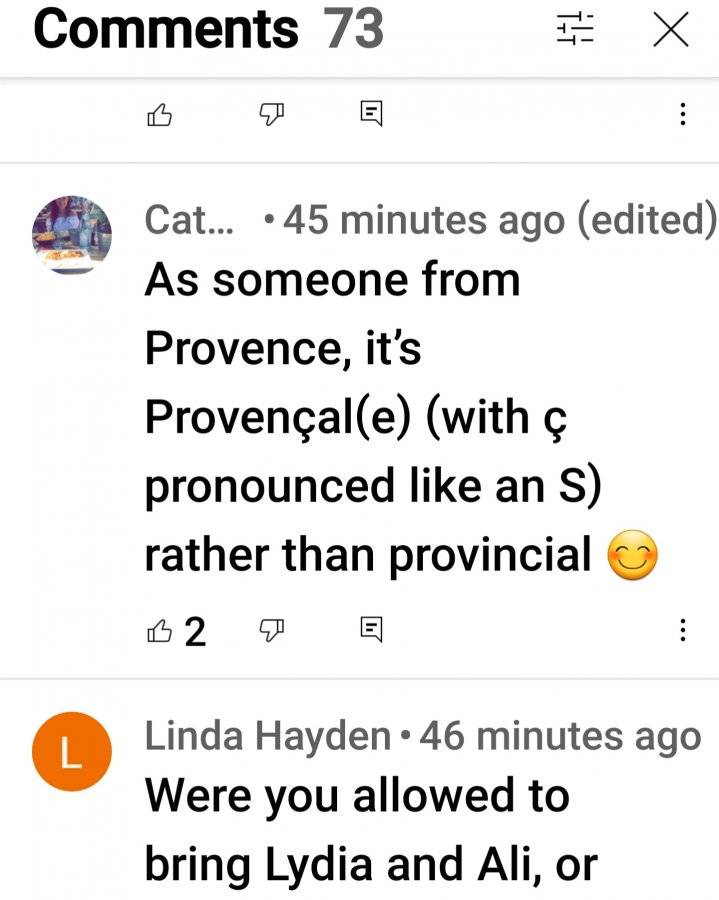 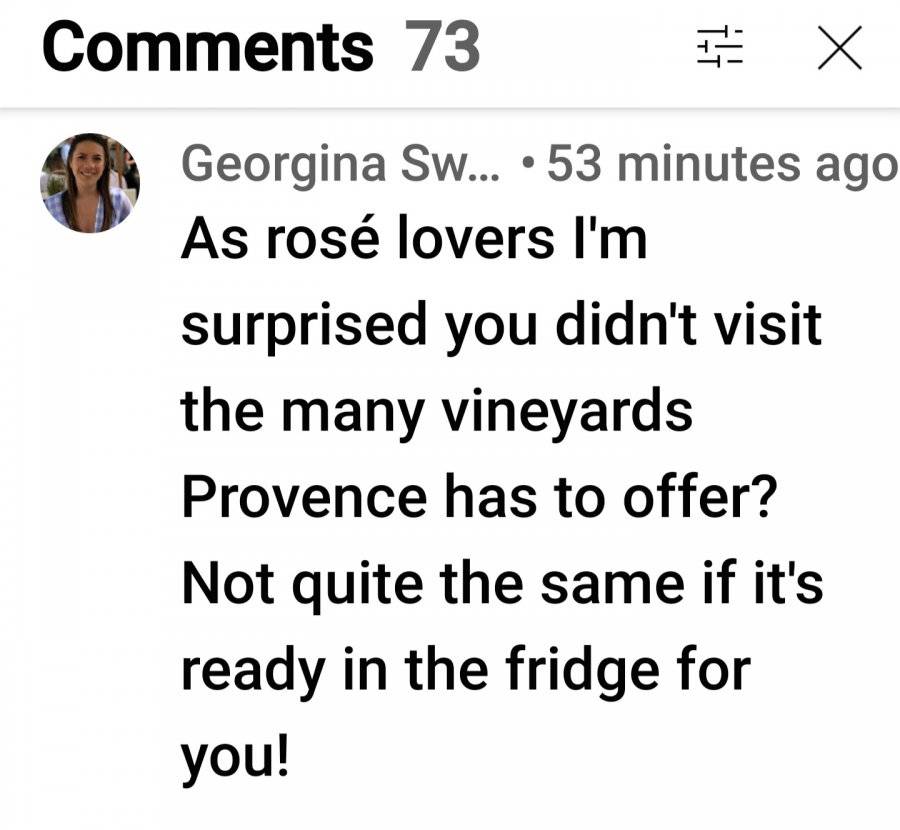 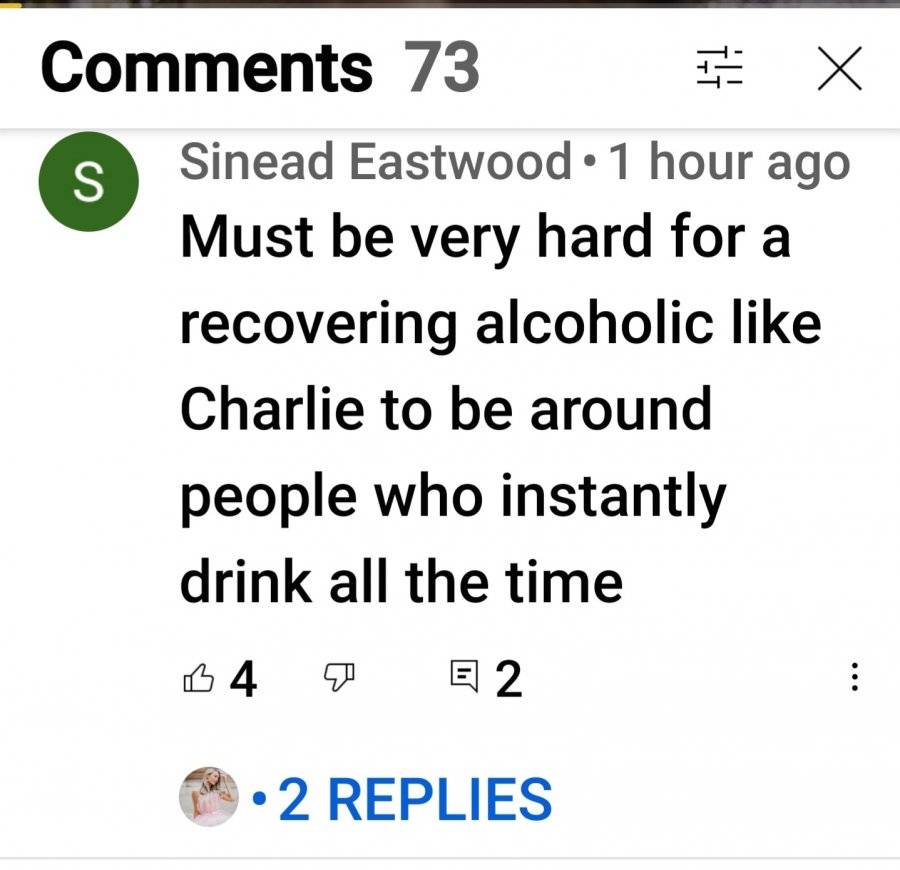 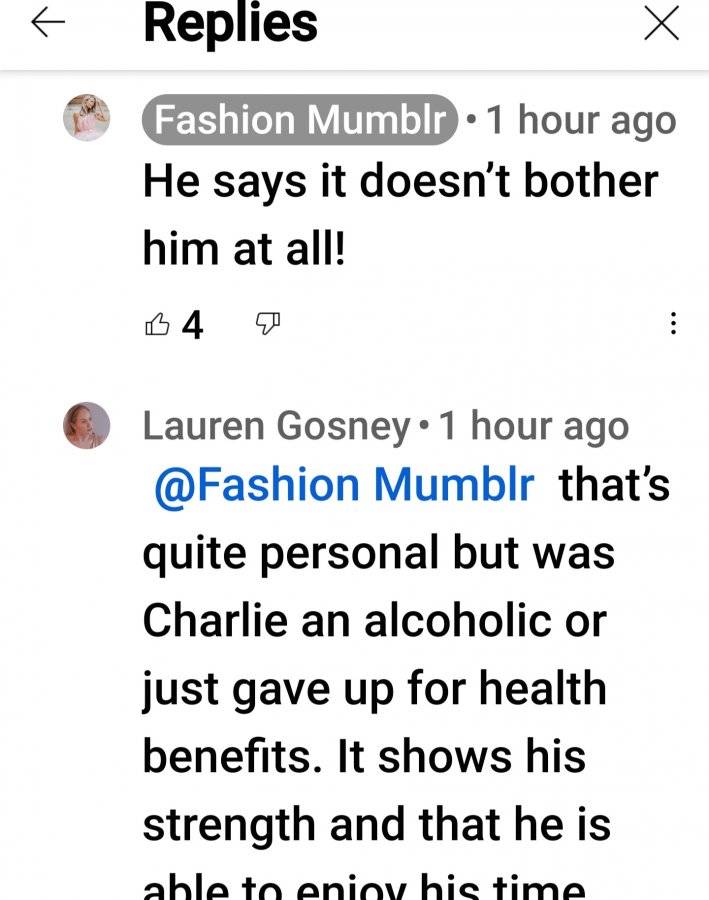 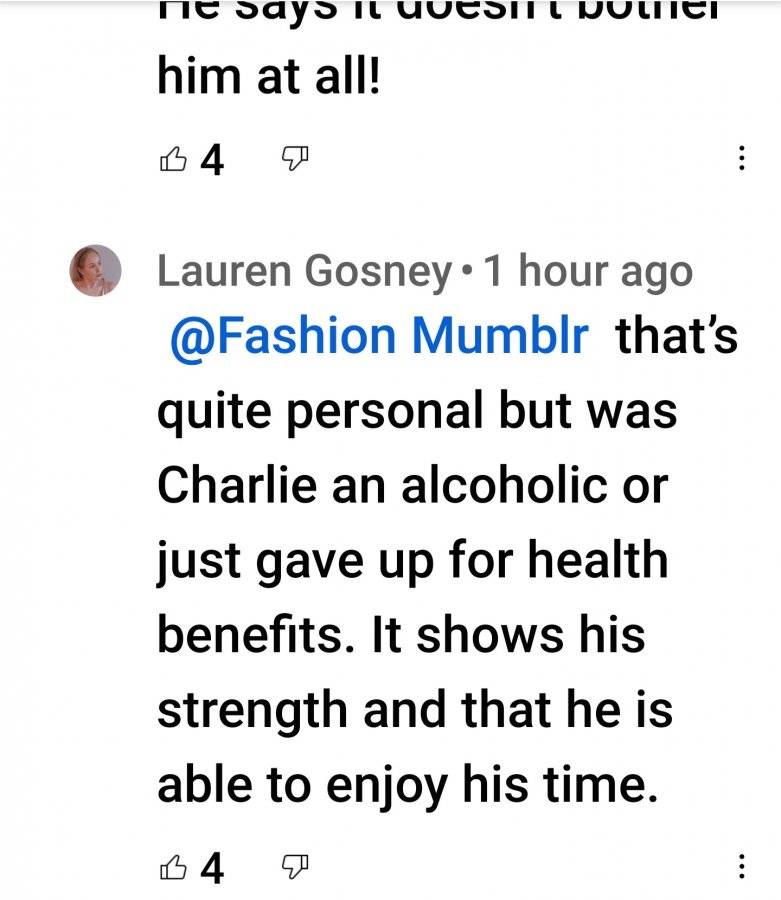 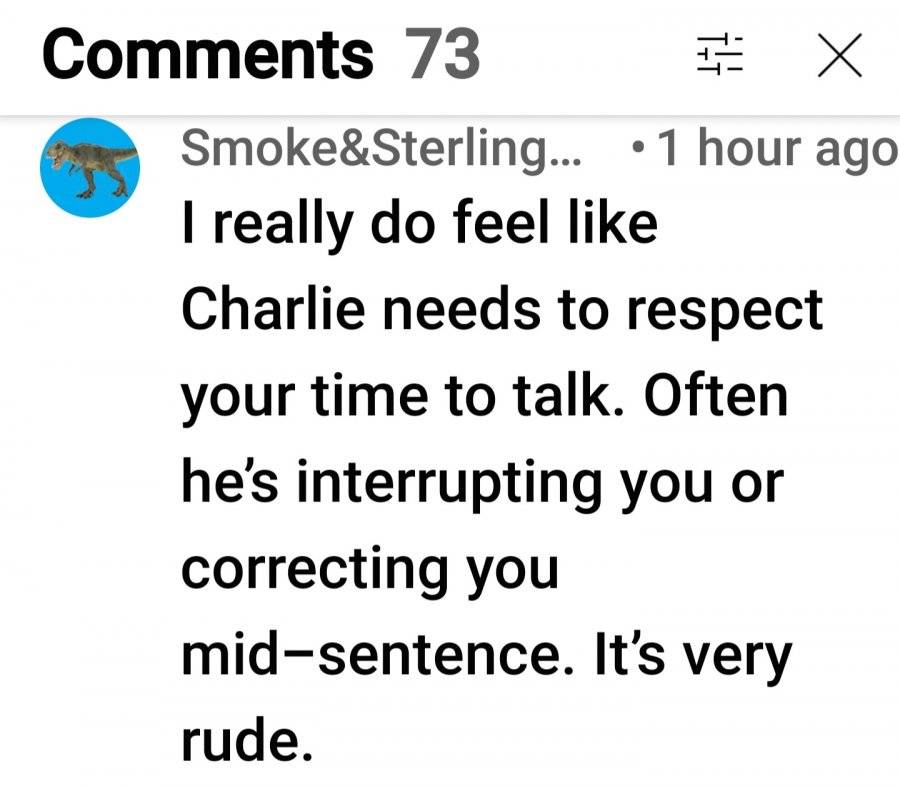 beautyblogger123 said:
Anyone else think the 'friendship' with Lydia was feeling a bit frosty?

Little Bo Teef was twirling around looking out of sorts and constantly mentioning the Cotswolds
Click to expand...

That flog was excruciating….if it hadn’t been so embarrassing and awkward I’d have fallen asleep with dull dull Joho and interjecting Chav and his fork holding … like a shovel… desperately trying to get into every shot

I doubt Josie is very entertaining unless she's full of rosé. I'm sure Charchar says he doesn't mind her drinking, it's the only time milady remotely gets a personality.
I

Hass said:
I tried to watch the vlog today - but kept jumping through it. It just seemed a repeat of the last trip in Ibiza (photos of herself in clothing, photos of the four of them eating, same stuff with a different backdrop - to me it seemed dull.
There was one funny comment - not sure if it has been erased yet - about how she "should tell Charlie to stop interrupting her - he is rude". LOL!
Click to expand...


NomDePlume said:
I doubt Josie is very entertaining unless she's full of rosé. I'm sure Charchar says he doesn't mind her drinking, it's the only time milady remotely gets a personality.
Click to expand...

Oh but remember Chav announced on the flog that the bread board/chopping board/paddle was for spanking Lydiot bum…. TMI Chav … and to post publicly about another man’s wife…

with your ridiculous French accent impersonation it's pathetic. Worse than the dog voice !!!!!
Note sunglasses on head a shielding the eyes with hand pose .
THE VOICES ARE SO CREEPY.

Looks like he's now back from the spare room to the marital bed...

I never knew that said:
It’s still there I’ve just been on and liked it and someone replied to original post


Oh but remember Chav announced on the flog that the bread board/chopping board/paddle was for spanking Lydiot bum…. TMI Chav … and to post publicly about another man’s wife…

Josie drinks and talks about vajayjays in a taxi. I think I prefer the silly joke among friends about a spanking. It seems more like fun, rather than Josie naming privates and yacking about the dog's poop and the dog's anatomy, the way she and Lidl have done.
I

even Frow’s dog is getting more promo work than Joho, Chav and Lyds … 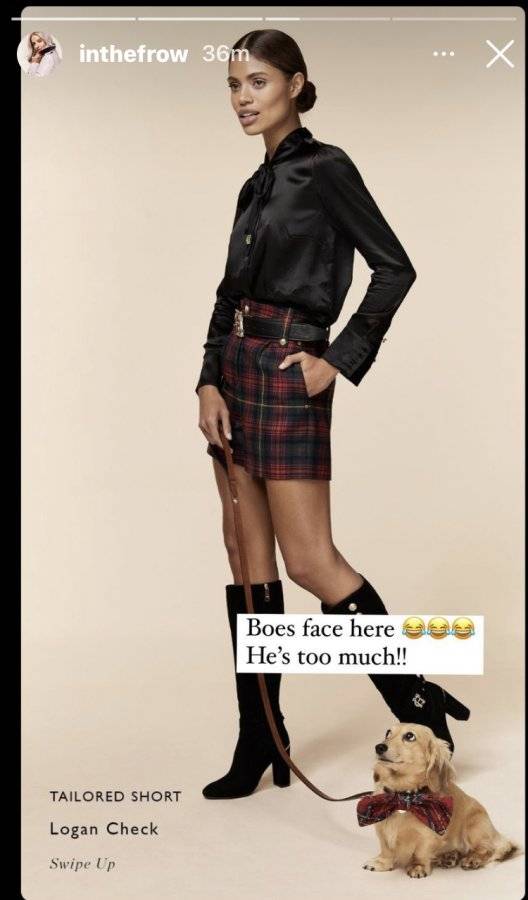