Moderator
I’m on the fence about this lot.
I find if I watch more than one video a week from them I feel like ive been watching toddlers play make believe while hyped up on sugar and E numbers.
They are definitely more down to earth and easier on the stomach than any other Youtube families. At least when they stop screaming and shouting. ?
They seem to have raised really nice, respectful, polite kids that are still kids despite having a camera in their lives every day.
My reservations come from the fact they have all but ditched their original “Vegan family” content and spend so much of their vlogs plugging their merchandise or linking to a iPhone give away.
I also don’t like their continuous silence when it comes to Chris Ingham and the Ingham Family.
Hope it was ok to go ahead a set up this thread for general tatty tattle. ?

I quite like them. Well the children. Think such a sharp contrast to the Ingham children.

They are still vegan just don’t make such a big deal out of it these days.

I don’t watch them often but sometimes watch a vlog or two. I loved the birth video. Speaking as an ex midwife, I love how it portrayed child birth as a natural event and how they included the whole family.

I do find them a bit hyper and occasionally annoying but can forgive them that when sienna seems such a charming unspoiled girl. She’s so practical and a proper child, building things from cardboard and playing schools etc rather than having to have a huge bunch of the latest toys.

their as fake as Nickelodeon. and their kids are in for a very friendless and lonely life because of their parents exploiting their youth. Sienna reminds me of one of those kids who get homeschooled and become so detatched from the real world, how people behave, that they just come acorss are super freaky.

Moderator
I find sienna very cute, she plays like a proper kid and plays make believe, not make believe family vlogger. She seems to be a normal kid and seems so happy. I worry about Mia. I know people say she has friends and meets up with them but she’s home schooled, spends most of her time with her parents or filming videos for her own channel. And I worry in 5/10 years time she will just slip through the net and be living in a tree wearing Fizz fam merchandise.
I also think they started the merchandise with good intentions, but once they saw the money they could make those intentions changed.
I like Georgie and Darren as parents. I just wish they went back to basics with their content and made it more realistic . Not so much shouting and over the top fake “fun”

poppyflower said:
their as fake as Nickelodeon. and their kids are in for a very friendless and lonely life because of their parents exploiting their youth. Sienna reminds me of one of those kids who get homeschooled and become so detatched from the real world, how people behave, that they just come acorss are super freaky.
Click to expand...

Sienna has always gone to school in the UK. She chats about her friends and the things the do quite a lot during the year and I love that about her. It’s a vast difference from the ingham lot who seem to have no friends (or at least none they meet up with or talk about)

Moderator
They need to give it a rest with the merch!! £19 for a kids tshirt!! ?
Mia acts a lot older than she is, I hope she goes off to uni and has a life of her own and doesn’t continue down the yt rabbit hole.
I like sienna, little bit excitable. There was a vlog I watched where she was crying all the way home because she forgot to change her shoes at school, which I found relatable. I think it was the Mia period one, which you could see in her face how she was feeling, self conscious about what was happening. Unlike another Izzy it was all unicorns and sheep it just didn’t seem realistic.

I haven’t watched many vlogs but they don’t seem to be filming their whole day, maybe just a challenge, chatting in the car. A couple of times there hasn’t been a vlog gone up at all. The kids know when the camera is on and not filming every minute of their day, some days not in the vlogs at all.

i like family fizz,
i stopped whilst they seemed friendly with the inghams as i believe family fizz are better than to be associated with creepy and his family. I think family fizz know something happened and true as shared same management and if it was false accusations they would of stood by them. i like how they removed themselves from following them and have gained many more subscribers and more views. just need to keep it real a little more.
I

Tbh I only watched them to compare to the whole Ingham thing as it's not something I'd normally take notice of. They are a bit cheesy, but tbh I think for who they're aimed at it's fine. The vlogs seem interesting, but I don't know, they do have a certain appeal about them. They're likeable, Sienna is a cutie, Mia comes across as mature and intelligent.
So it's a thumbs up from me!
H

I generally have a problem with people who expose their kids to such a public life. It's not fair on the children who don't get a choice in the matter end up with a skewed view on reality.

I like them much more than the inghams or the saccone-jolys but agree regarding filming kids. I do think they are clever though and clearly don’t film all day long and have catalogue videos to upload each day. They all have some privacy at least.

I do like their positivity it’s much nicer for children rather than the hate that seems to come from the ifam.

Wish they would stop with the merch flogging as well - especially as it’s made by sboodle same as the inghams.

I respected them at the beginning of Chris Ingham allegations as they removed them from social media straight away, but now find their silence really irritating. They have the same fans they should speak out to educate kids on social media. Don’t even need to name names just speak out to protect children.
Last edited: Aug 29, 2018

They're just out for the money, they ditched their name of "the vegan family" or was it vegan fitness family as that didnt bring in the views.

A bit smug and annoying, but not bad enough to hate watch but can't warm to them either. So dont watch.
M

I like them more than Inghams as agree that they seem to have a bit more privacy/don't seem to film as much.

Its a shame they gave up on the vegan/fitness channel. They could've kept it and had Family Fizz as a side channel (or vice versa), and there could've been some overlap like vegan family meals/packed lunches etc.
B

I found it quite refreshing that they dropped veganism being the main focus of their videos. I’m vegan and I think it help “normalises” veganism by showing it doesn’t have to be the main focal point of your life (if that makes sense). People have a stereotype of vegans having to constantly mention it, making a big deal out of finding vegan food etc, so the fact that they don’t push it and just normalise it is great. Non-vegans wouldn’t generally search for a vegan YouTube, like other families youtubers who focus solely on veganism, so I think it reaches a further audience and may make those who werent previously interested in veganism, interested.

Mia and sienna seem genuinely lovely children too. I feel like they are encouraged to be independent, like Mia being left home alone, going out by herself, etc, unlike the ingham girls! Do agree that they can be cringey at times though
D

I only watch this family if they pop up on my recommendations I won't go out of my way to watch them. I find them quite fun and they seem like a really happy lovely family.

....But, I am struggling with the Merch line, I feel like it is pushed down their viewers throat with some kind of 'positive meaning'. The million smiles and now the upside down be yourself, Toby rubbish. I don't begrudge this family making money but I struggle with the ethics behind it.

I'm happy that the dad has stopped taking his shirt off for "clickbait" (i think he might have missed a few years off when he claims to be 34) and has deleted all his shirtless photos from Instagram. Like all family social media people they aren't happy with their £30'000 a month adsense (family fizz estimate just checked now) and lucrative brand deals. They need to push the merch aggressively.
D

There seems to be a pattern here, do all the vlogging Dad's do the editing?

DirtyLaundry said:
There seems to be a pattern here, do all the vlogging Dad's do the editing?
Click to expand...

They earn so much I wouldn't be surprised if they outsource it.

Family fizz are now popping up in my recommendations after watching one.

They go to yosushi and order the "entire menu" ...thats vegan so just over a dozen dishes
M

DirtyLaundry said:
I only watch this family if they pop up on my recommendations I won't go out of my way to watch them. I find them quite fun and they seem like a really happy lovely family.

....But, I am struggling with the Merch line, I feel like it is pushed down their viewers throat with some kind of 'positive meaning'. The million smiles and now the upside down be yourself, Toby rubbish. I don't begrudge this family making money but I struggle with the ethics behind it.
Click to expand...

I think the Toby stuff is kind of dumb because you wouldn't know its an acronym or what it stands for by looking at it. I don't follow them that closely so I thought it was a name of a family member or pet or something. Its like that Life with MaK girl, she said it stands for 'meaning, acceptance and kindness', but at least it makes sense since its also her name.

The Toby stuff is just pure [email protected] All about making them money, nothing more 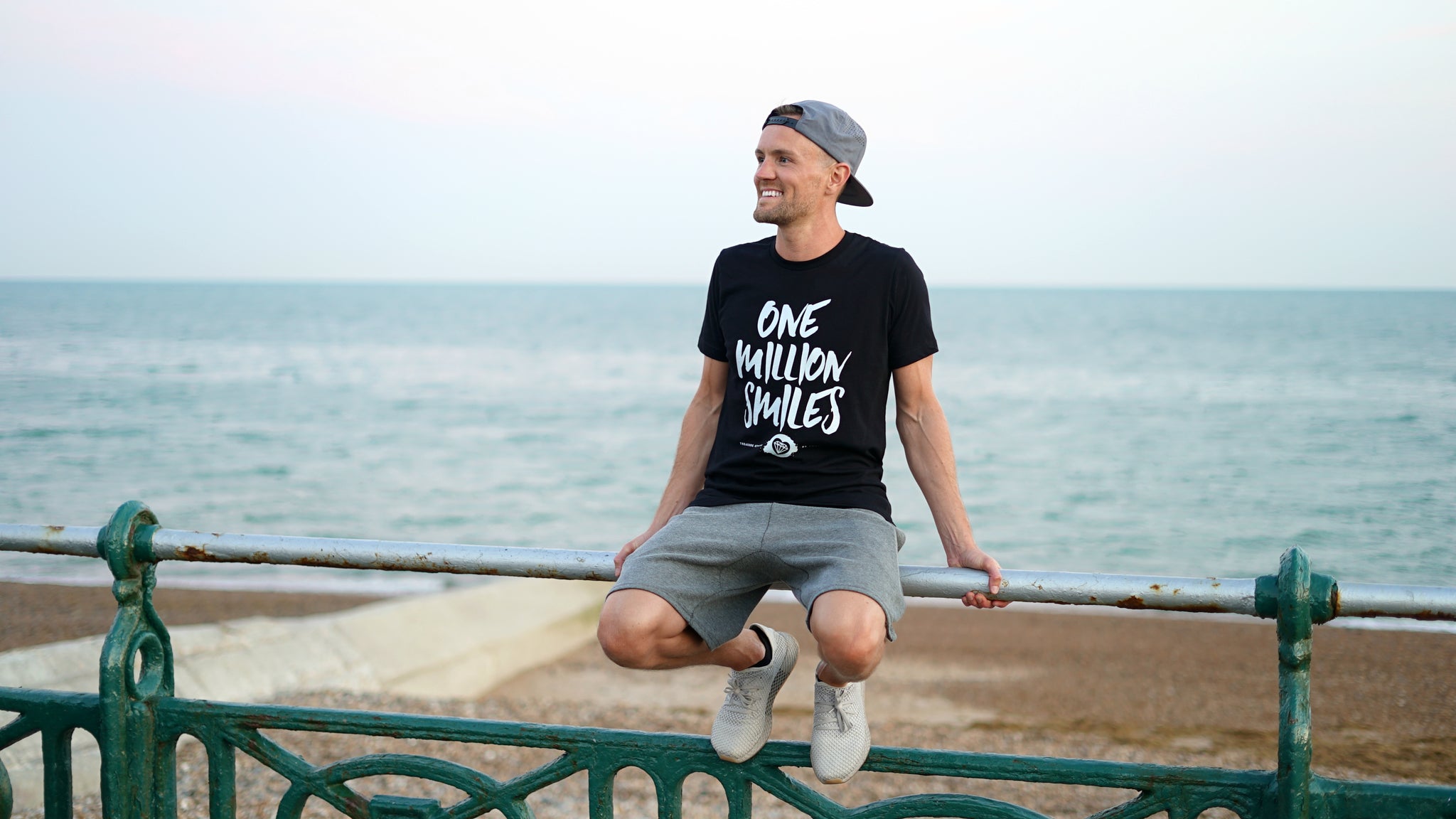 Treasure Others was born from a need to unify and encourage being true to yourself. Life is precious so there is no time to waste. So long as you're not hurting anyone you can and should be free to be you. Treasure Others brings streetwear to the people to empower and motivate.

We respect ourselves and all life

We strive for better

We are a movement

Treasure Others Be Yourself