Back in the summer loads complained that her sweetener tshirts were crap and just a basic T-shirt with an ironed on photo. About the same quality as the Ingham family merch for way more money. She apologised and said she didn't approve them as she doesn't wear tshirts but said the rest were great and she'll sort it out. Now lots are complaining about warped and very washed out $100 sweaters. The company isn't issuing refunds as they say the online images are just rough representations.

Her fans are so crazy most will probably be happy with this crap, then get back to sending Pete Davidson death threats!
View attachment 2964

Sorry bump but so many bad reviews and the merch took months to arrive. The website was deliberately very vague and had no specs. But the $60 bag is the cheapest quality you can buy and is v different to the photos on the site.

Yikes, that's awful quality - the photos are definitely better. Am surprised that they'd get away with this really.

She just wanted her coin from her poorly made merchandise. It was never about giving her fans quality items. She's awful.

I never got the hype around Ariana. Yes, she has an amazing voice but that's pretty much it. I feel bad for what she went through with the Manchester bombing and the death of her ex but her masquerading as a woman of color when she is not... that is not okay.

It's like the quality you get on your printer when you bought the really cheap cartridges and set it on super economy mode. 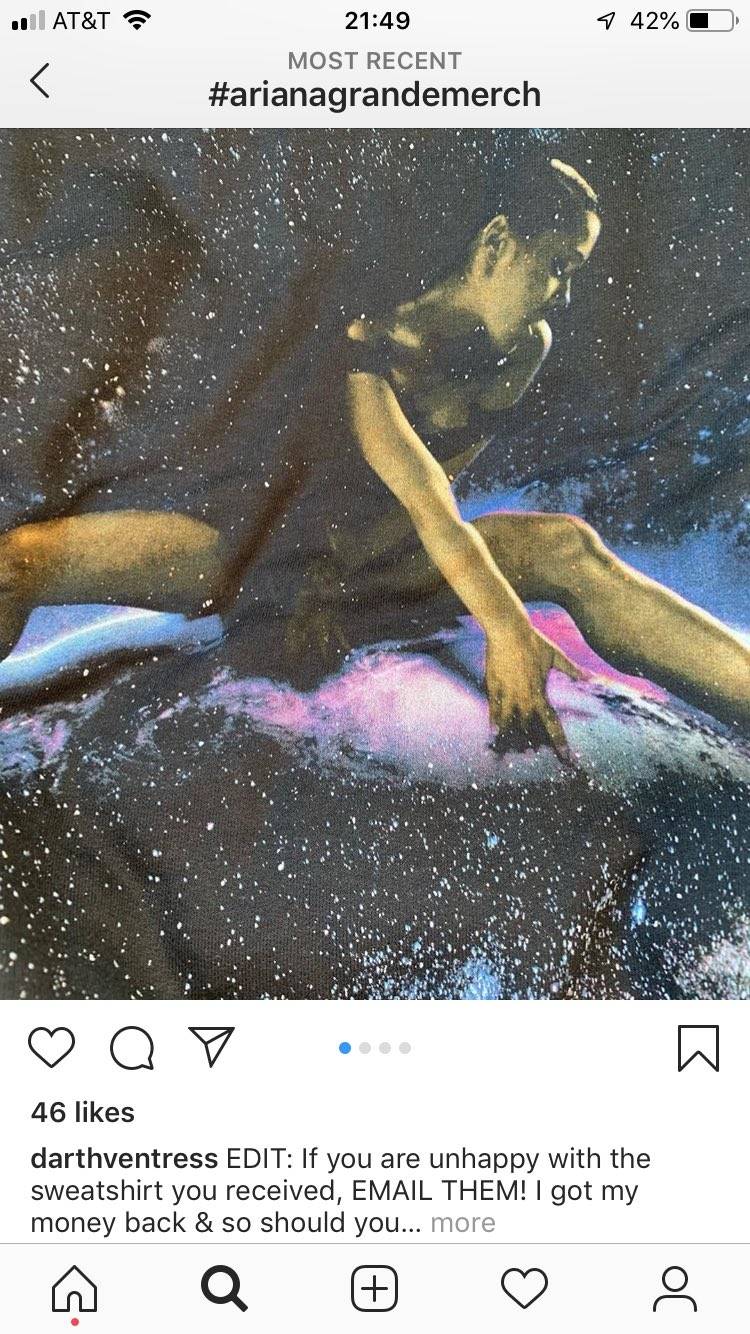 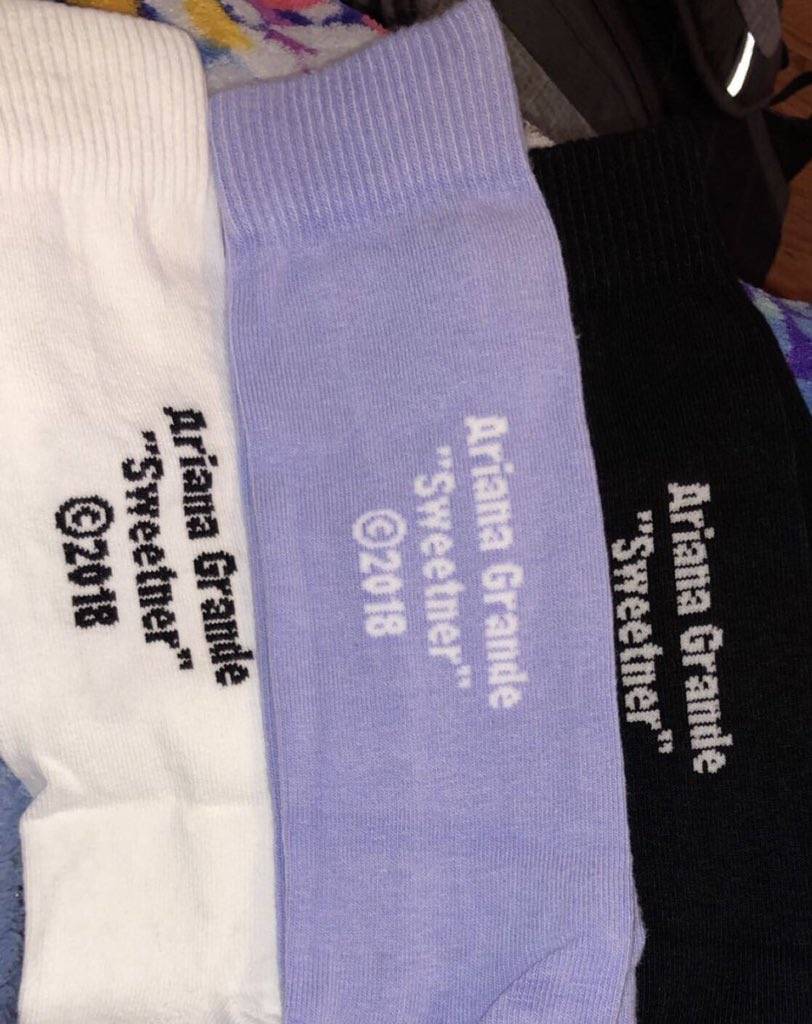 It looks like it was all made in China. You'd think with the prices that artists (especially bigger artists who can afford a decent manufacturer) would be able to make sure their merch is made decently.

thenomad said:
but her masquerading as a woman of color when she is not... that is not okay.
Click to expand...

oh wow is she? sorry I'm not into her and didnt follow her media presence. I thought she is just Italian?

nemidiso said:
oh wow is she? sorry I'm not into her and didnt follow her media presence. I thought she is just Italian?
Click to expand...

I don't follow her myself but she does show up a lot on my twitter feed and it was a rabbit hole but I found some interesting posts on her. She tans despite her trying to pass it as her natural skin tone because she's Italian. She's actually very pale naturally.

She also speaks with an AAVE accent that she did not have on her Nickelodeon days.

FamHam said:
It's like the quality you get on your printer when you bought the really cheap cartridges and set it on super economy mode.
View attachment 2979 Also lots saying the official socks have spelt the album name wrongView attachment 2978
Click to expand...

OMG lol lol That quality is hilarious!! Every celeb knows their merch before it's released, as they okay final designs and then are shipped the final product. They are given enough to give away to family and friends for pre-release promotion. So she will definitely have known about it before hand and okayed it. Likely someone just read her the profit margin, said they looked ok, and she was 'fine'. Doesn't surprise me at all though, these people are ruthless money grubbers who've learn that there's a ton of cash to be made from super loyal fans who mostly won't dare to make a peep for fear of upsetting their idol or the other army of fans. It's really tragic. I can't stand ariana for a variety of reasons, there's also a ton of blinds about her and her behaviour behind the scenes, which is shockingly awful! She seems to be cold as ice.

I still haven't forgotten the video of her as a child singing Annie, it's online. She sang it mediocre, and was treating like an absolute star by everyone around her, even signing autographs!! I've never seen anything like it! I worked in theatre and I've seen a ton of super talented kids come and go who just do the job wonderfully, then move on. No fuss. Her parents designed her to be a star from the word go. And kept telling her that, no wonder she has a crazy ego and disregard for all!

And I can't help laugh at this sort of karma for her fans! If you're daft enough to pay a designer extortionate price for a t-shirt with a pic on it of Ariana spreading her vadge across the top of our beautiful planet Earth, and happily wear that shit out in public emblazoned across your chest, then you deserve everything you get. lol!

Thanks for those video links, watching now they deserve all the views. Wow , just wow! What a disgusting scam, to rip off those that love and support you and give you that lucrative career! Damn.

It's the exact same quality you get on market stalls that are knock offs lmao
Last edited: Dec 11, 2018
C 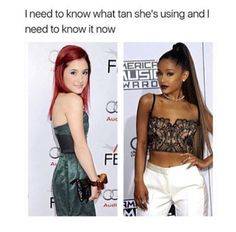 "It's too bad you had to die before we found out what ethnicity you are..."

This clip has never been more relevant to Ariana until now. Context: It was when Ariana starred on a TV show called Scream Queens (she played Chanel 2) and people are 'paying their respects' at her funeral.
M

Its crazy because a lot of people are like 'she's tan because she's italian!' (even though most people don't tan that dark or even naturally? at least not without major burning and sun damage) or people think she's latina.

I honestly wonder how they manage with that much fake tan...its just reminds me of snog marry avoid when they'd spend like 3 hours apply it, turn out orange and get it all over their white bedsheets.

Moderator
She's the world's biggest popstar at the moment and these ongoing merch issues ripping off the 1% of fans that buy them is unacceptable. If it was just the first time I'd give them the benefit of the doubt and suspect that the manufacturers did some quality ones to sample then actually produced the cheap ones to sell, but that doesn't seem the case if it's on going. Tay Tay would never get caught treating her fans so badly...

I'm not sure if I like her, she's always known for being quite difficult but is supposed to have matured alot in recent years. Still I like the music, I'm basic and a max Martin tune still does it for me. The album's have always been great.

The quality control on the last two music videos has been pretty bad, snooze fests.
P

I don't think she's a nice person. She was said to be with big Sean when he was engaged, then his fiancée got home do find her in the lounge blowing him.

She was rubbing her new bf in the face of her ex and didn't care about him untill he died.

She's got some decent songs but she's just so overrated now with every basic teen girl trying to be like her.

Super fake too, not even just looks wise (surgery, about 10 layers of fake tan, shit ton of makeup plus hair extensions) but also her personality. She seems to try to be whatever people will stan, even doing a "blackcent" or whatever it's called

She low key pisses me off because I find myself singing along to her songs but I cannot stand her crappy personality and diva attitude.

Funny this was bumped I just watched this web show by her ex co star. It's pretty good actually. Watch from 11:25, the diva pop star Gloriana seems like a right bitch

Moderator
Renamed to be just the name, hope that's ok.